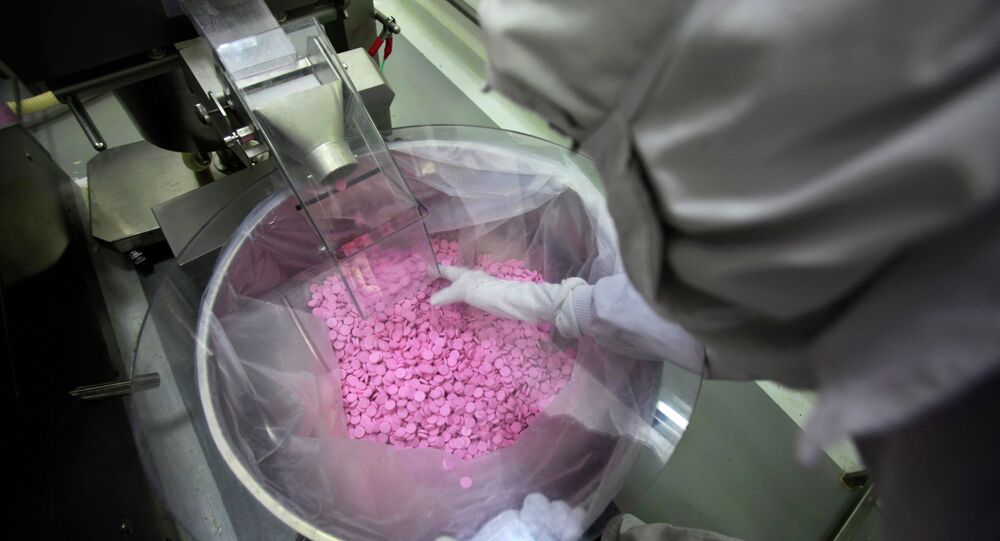 India Called on to Resist Western Pressure on Affordable Drugs

Charity group Medecins Sans Frontieres called on India to resist international pressure to change their patent laws in a way that would weaken the nation's production of affordable generic drugs, which it supplies to countries all over the world.

MSF — or Doctors Without Borders —  criticized elements of the Regional Comprehensive Economic Partnership (RCEP) free trade agreement currently under negotiation as undermining the availability of affordable drugs needed to save lives around the globe.

The RCEP provisions would change Indian intellectual property law — in a move critics say violates Indian sovereignty — to make it easier for multinational pharmaceutical companies to get patents in the country, and thereby prevent the production of far cheaper generic competitors.

MSF calls them "damaging provisions, all of which go beyond India's obligations under international trade rules."

Under the hastag #HandsOffOurMeds, MSF has launched a campaign to urge India to resist the pressure of the United States, Europe and Japan to accept the patent provisions.

"As doctors who have been relying on affordable medicines and vaccines made in India to do our work, we cannot afford to stand by silently as the tap of life-saving drugs gets turned off for people in our projects and beyond," said MSF International's President Dr Joanne Liu.

According to the group’s statement, they use Indian generics for 80% of the medicines they use to treat 200,000 HIV patients in various projects, as well as people with malaria and tuberculosis.

The growth of the Indian generics industry resulted in "the price of a basic HIV treatment combination dropping by 99% over the course of a decade, from over $10,000 to around $100," MSF said.

The nations of Southeast Asia as well as  Australia, China, India, Japan, New Zealand and South Korea are currently in the eighth round of negotiations on the proposed free trade deal.

In an opinion piece in Foreign Policy, economist Rupa Subramanya discusses the recent recall in India of Maggi dried noodle products for possible trace amounts of lead, and the confusion around health and safety regulation. The trace amounts were reported by state-level regulators but denied by other federal regulators, and the manufacturer recalled the noodles anyway.

"Could a Maggi-style disaster be awaiting the Indian drug industry?" Subramanya asks.

In fact, in 2008 the US opened an office of the Food and Drug Administration in India to make sure the quality of the products being imported to the US met health and safety standards.

A subsequent crackdown on poor quality generic imports saw the US ban imports from 21 Indian drug makers in 2013, according to the Wall Street Journal. In that same year, Ranbaxy Laboratories Ltd. paid a $500 million fine and plead guilty to seven felony charges, including selling adulterated medications to the US.

However, Subramanya acknowledges that "perhaps it’s oversight like this — assisted by the United States — that has prevented a Maggi-style disaster for Indian-made drugs consumed in the West."

Indeed, Indian manufacturers account for 40% of the US' generic drug imports by volume.

But according to MSF the US' efforts at controlling the quality of Indian generics may not satisfy the nation's large drug companies, which would rather their competitors were out of the game altogether.

"The US government, backed strongly by its pharmaceutical lobby, is not only pressuring India to dilute its patentability standards but has been persistently pushing India to implement a drug regulatory system which essentially links registration of medicines to their patent status (patent linkage), and the Indian Ministry of Health appears to be seriously considering such changes," the group writes.

"We shudder at the thought that we could lose everything and the multinational pharmaceutical industry could succeed in gutting generic competition from India so that profit reigns above people’s lives."