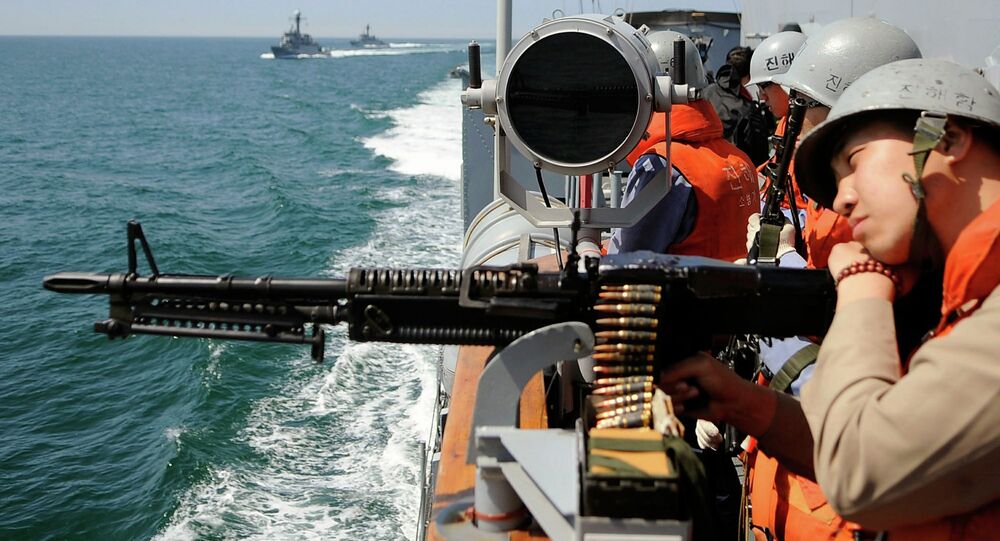 Continuing a recent pattern of military exercises conducted with Pacific allies, the United States began major anti-submarine drills with South Korea on Monday. The largest of its kind, the exercises are meant to counter a perceived threat from North Korea.

Conducted off the island of Jeju, in the East China Sea, the three-day exercises will involve more than ten ships, surveillance planes, helicopters, and submarines.

"This is the largest joint anti-submarine exercise the allies have ever staged, in terms of its scale and the number of vessels involved," a South Korean defence ministry spokesman said.

"Through the test, it was verified and confirmed that the underwater ballistic missile launch from a strategic submarine fully achieved the latest military, scientific and technical requirements," South Korea’s official KCNA news agency reported.

The United States was quick to respond, calling the technological development a "clear violation" of UN Security Council resolutions.

"We call on North Korea to refrain from actions that further raise tensions in the region and focus instead on taking concrete steps toward fulfilling its international commitments and obligations," a State Department official said, according to Reuters.

North Korean officials also claim to have developed a nuclear warhead compact enough to be housed inside small, long-range rockets.

Given these two developments, both South Korea and the United States are concerned that Pyongyang could be vastly expanding its offensive capabilities. Nuclear tipped SLBMs could extend North Korea’s deployment range far across the Pacific.

South Korea has also launched its own military drills in Goseong county, close to the North Korean border. Those exercises included jet fighters, artillery units, and naval ships, according to the defence ministry.

Last month, the South Korean and US navies also participated in trilateral drills with France and Turkey, also geared toward countering an alleged threat from Pyongyang. North Korea has denounced these joint military drills as unnecessary provocations.

In recent months, the US has conducted several military exercises with allies in the Pacific, most of which aimed as a warning to China overs its construction of artificial islands in the South China Sea. Most recently, the Pentagon conducted its regular war games with Australia, but also invited Japan for the first time.

US lawmakers have also sought legislation to arm and train Pacific allies. Led by Senator John McCain, that directive is designed "to provide assistance to national military or other security forces of such countries that have among their functional responsibilities maritime security missions."