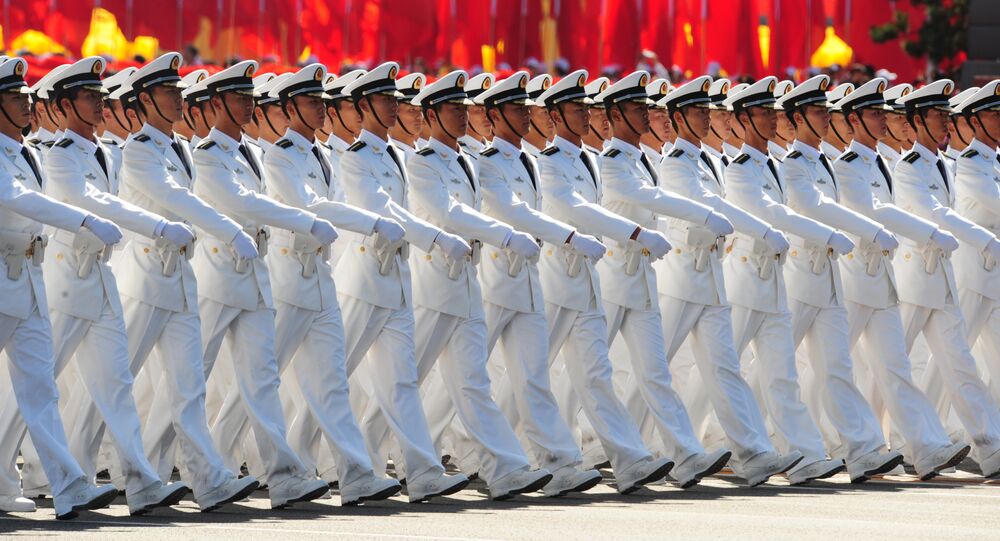 The times when China was coolheaded and cautious regarding its foreign policy are over; the Asian giant is ready to show its teeth when its interests are at stake, the India-based newspaper Milli Gazette reported.

In the past, China tried to influence other countries mainly through economic means, using trade and business mechanisms. However, now Beijing has openly shown that it doesn't approve of any foreign interference in the Asia-Pacific Region, China's own backyard.

The move towards a more aggressive foreign policy is understandable, as China has enough military potential to start acting in a more dominant fashion on the international level.

According to the newspaper, during the latest visit of John Kerry to Beijing, China let the United States know that the Pacific Ocean is vast enough to serve the interests of both major powers. China offered the United States to start partnership and mutual understanding in the Pacific.

© REUTERS / CSIS Asia Maritime Transparency Initiative
'Don't Tell Me What to Do': China Warns US Over South China Sea Meddling
However, Beijing realizes that it cannot be reckless and stand against the United States alone. That is why China is on board with the idea of the multipolar world, in which there are several regional leaders. By sticking to this strategy and creating allies in different parts of the world, China plans to weaken the United States.

When that happens, China hopes to outperform others and eventually become a new world leader. China is siding with its long-time ally — Russia — to defy the US hegemony around the world, The Milli Gazette said.

© AP Photo / Zha Chunming
American Ships in South China Sea May Lead to War Between US, China
In the past, Beijing repeatedly told Washington against getting involved in the territorial dispute in the Asia-Pacific Region, arguing that the United States is not part of the issue.

Washington's desire to act as a world police by sending its military ships and planes to the South China Sea to "patrol" the Chinese backyard could very well lead to an armed encounter between the two countries.