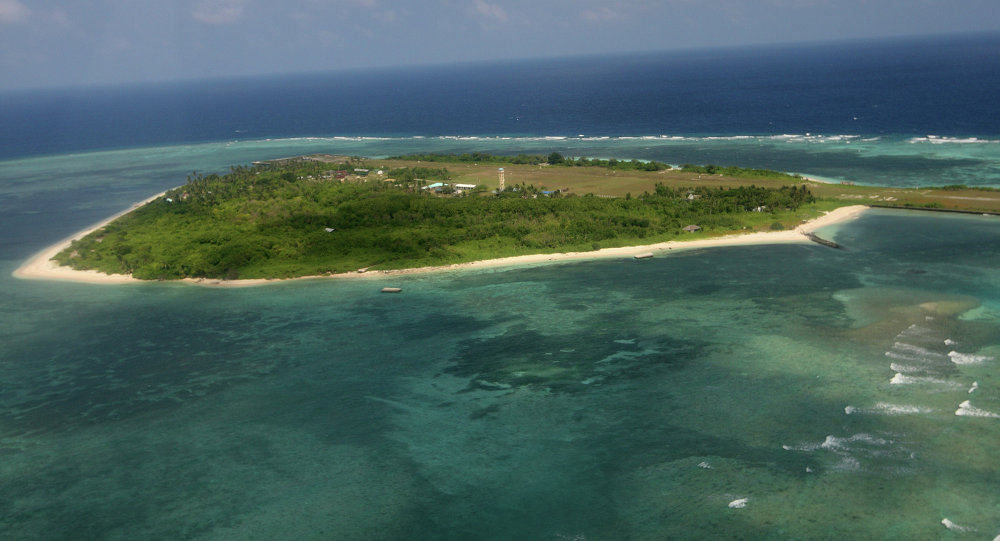 US officials are concerned that Beijing’s buildup in South China Sea will undermine the regional status quo as Washington seeks to increase its presence in Asia in a bid to counter China’s influence.

MOSCOW, January 29 (Sputnik) – US officials are concerned that Beijing’s land reclamation project on disputed islands in the South China Sea is an attempt to establish de-facto control over the area rich in mineral and energy resources and upset the regional balance, according to the LA Times.

© AP Photo / Roley Dela Pena, Pool
Beijing Defends Construction on Disputed Islands in South China Sea
In November, IHS Jane’s reported that China was building an island and a harbor on Fiery Cross Reef off the Spratly Islands in what the defense consultancy called the largest reclamation project in the area to date. US officials and military experts worry that China is in fact building a military airstrip there.

Russel called China’s project "an ongoing concern" for all Pacific nations, most notably the United States, and "all nations who rely on freedom of navigation, the sea lanes, and the principle of unimpeded lawful commerce."

Earlier this week, US President Barack Obama and Indian Prime Minister Narendra Modi called for "safeguarding maritime security and ensuring freedom of navigation and overflight throughout the region, especially in the South China Sea," as quoted by the LA Times. They also urge regional powers to avoid the use of force.

Meanwhile, the US Ministry of Defense has relocated additional warships and troops to Asia and enhanced military cooperation with several of China’s neighboring countries, according to the newspaper.

Beijing has repeatedly defended its construction project at the Spratly Islands, saying that it is working to improve living conditions of personnel stationed there. The archipelago is controlled by China's People's Liberation Army, but the islands are also claimed by Brunei, Malaysia, the Philippines, Taiwan, and Vietnam.

© AP Photo / Xinhua, File
Japan Increases Defense Budget Over Island Dispute With China: Reports
On Thursday, Albert Ferreros del Rosario, the foreign minister of the Philippines, called China’s construction project on Fiery Cross Reef "a threat to all of us". A day earlier, he warned that "our inaction on this would undermine (ASEAN unity), since we are unable to address in a unified and collective way such a critical issue in our own backyard," as quoted by AFP.

The remarks came at a time as high-ranking officials from Vietnam were on a two-day visit to Manila to forge a strategic partnership in what is largely seen as an attempt to counter China.

Although China is unlikely to build a large military base in the area, a small-scale project "would be useful for establishing presence and limited power projection in the South China Sea," said Jeffrey Engstrom, an Asia security expert at Rand Corp., as quoted by the LA Times.