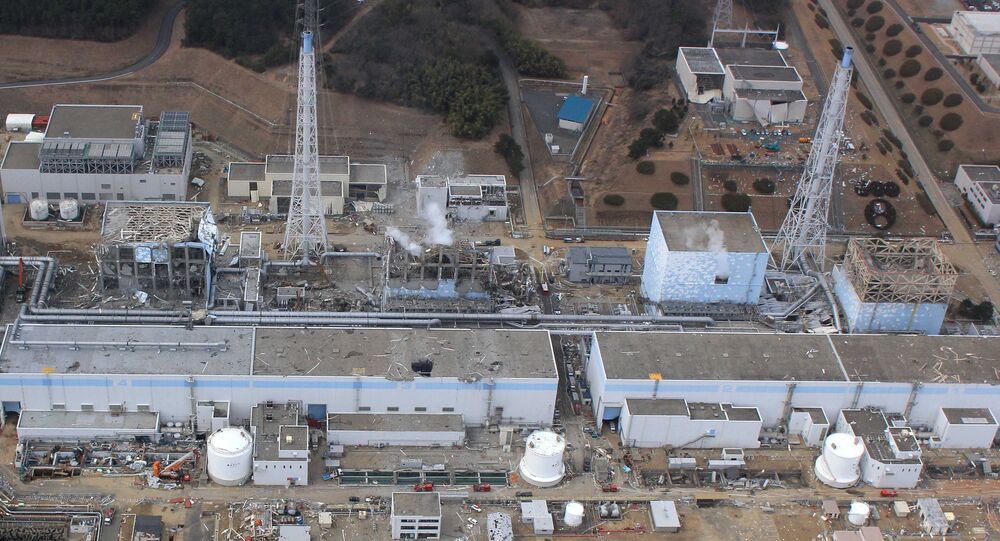 Seawater radioactivity levels on the West coast of North America resulting from cesium-137 and other radioactive materials spilled into the Pacific Ocean by Japan's crippled Fukushima nuclear plant are expected to peak in 2015, a report by US oceanographers has revealed.

© Sputnik
Former TEPCO Board Can Escape Prosecution Over Fukushima Disaster: Reports
MOSCOW, December 30 (Sputnik) – The report, published Monday in the Proceedings of the National Academy of Sciences, is the first systematic study of the arrival of the Fukushima radioactivity signal in continental waters off North America.

The US research focused on cesium-137, leaked into the Pacific following the disastrous 2011 meltdown at the Japanese power plant and carried by ocean currents to the North American continent.

The study predicted that, at its radioactive peak, cesium off the US and Canadian shores will measure only 3-5 becquerel (Bq) per cubic meter, far below Canada's maximum acceptable concentration value for drinking water, currently set at 10,000 Bq per cubic meter.

Japan's Fukushima Daiichi nuclear power plant was hit by an earthquake and a subsequent tsunami March 2011. Waters from the tsunami caused a partial meltdown of several nuclear reactors and radioactive material leaked into the atmosphere, soil and sea. The Japanese government has said that it intends to complete the decontamination of the area by 2017.