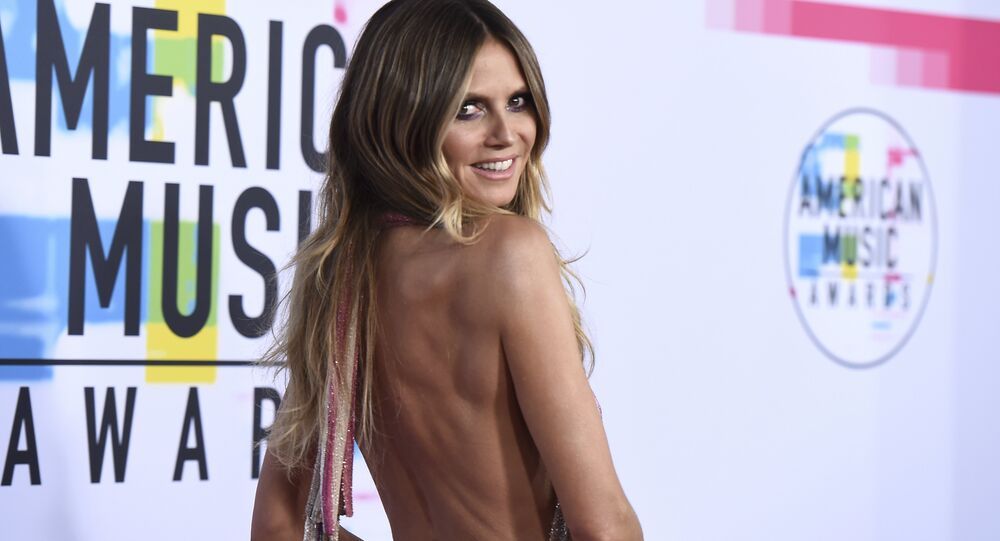 The 46-year-old known for her age-defying looks has shared another beauty secret. Klum, who was ranked second on the list of top earning models by the magazine Forbes, said she tries to use as little makeup as possible, spending 15 minutes a day on her look.

Supermodel Heidi Klum has revealed a product that helps her stay young and look like a million dollars. In an interview with Elle magazine, the six-time Emmy nominee said she uses Johnson’s baby shampoo, which costs less than $2 dollars. "I use it to wash my face, as it’s super gentle but effective", Klum told Elle. According to the company’s website, the shampoo is an ultra-mild, gentle cleanser for a newborn’s sensitive skin and eyes and it feels more like pure water than a shampoo.

The 46-year-old also revealed the best beauty advice she ever received from experts – to smile. "It lights up your face and everyone around you”, said Klum.

The judge on the TV show America’s Got Talent recently spoke about her experience of self-isolation during the coronavirus pandemic. The mother of four said although it was a bit tricky to get used to staying indoors, she is in fact happy that she spends more time with her kids and husband, Tom Kaulitz, from the group Tokyo Hotel. "It's a different kind of living right now because normally you see work people more than your own family and now the roles have reversed. It's good", she told Elle.