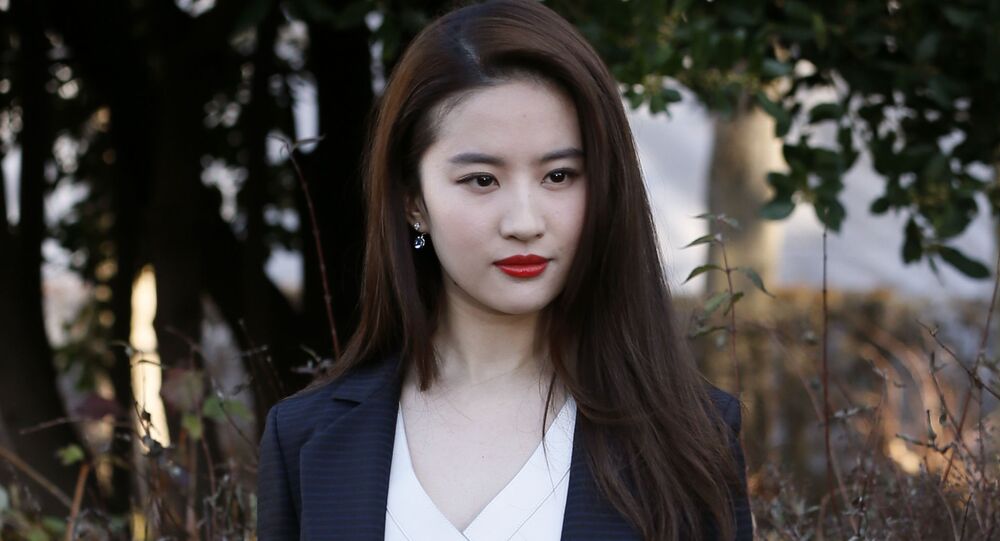 The lead Chinese-American actress of Disney’s live-action remake of “Mulan” didn't attend the press line and panel at Disney’s D23 expo on 24 August amid rising criticism and a #BoycottMulan campaign, Variety reported. The "Mulan" panel was presented only by the movie's director, Niki Caro, unlike other panels which featured both actors and filmmakers for the other movies presented.

Liu Yifei sparked the public controversy after posting an image from the Chinese paper People's Daily, with the comment "I support the Hong Kong police; you can beat me up now" in Chinese. She also added in English: “What a shame for Hong Kong”.

The REAL Mulan fights for her people, not fights against the people. #BoycottMulan pic.twitter.com/I8ODkyB9k8

After the actress' post, the hashtag campaign #BoycottMulan arose on Facebook, Twitter, and Instagram, while Chinese outlets reportedly supported the actress. Protesters in Hong Kong have allegedly started a campaign, shaming the actress for supporting the police.

#BoycottMulan how tone deaf do you have to be to support police brutality when you just filmed a character who is supposed to stand against oppression in its raw form? Pound sand. pic.twitter.com/Ug8pfh3JPN

Liu Yifei wrote her post after a violent incident at Hong Kong International Airport when Global Times reporter on duty, Fu Guohao, was illegally seized and brutally assaulted by rioters for wearing a t-shirt with the banner "I support Hong Kong police".

The mass protests in Hong Kong initially started in early June as a reaction to proposed amendments to the region's laws that would have allowed extradition to mainland China. Despite the fact that city’s chief executive, Carrie Lam, has since declared the bill "dead," the protests have grown into a full-blown opposition movement over the past couple of months, demanding not only the full withdrawal of the controversial initiative, but also the resignation of Lam, a retraction of the government’s classification of the violent clashes as riots, an independent inquiry into the police's actions, and the release of all those arrested in the clashes with the police.

Beijing has condemned the demonstrations and stressed the need to counter the vandalism carried out by some of the protesters.