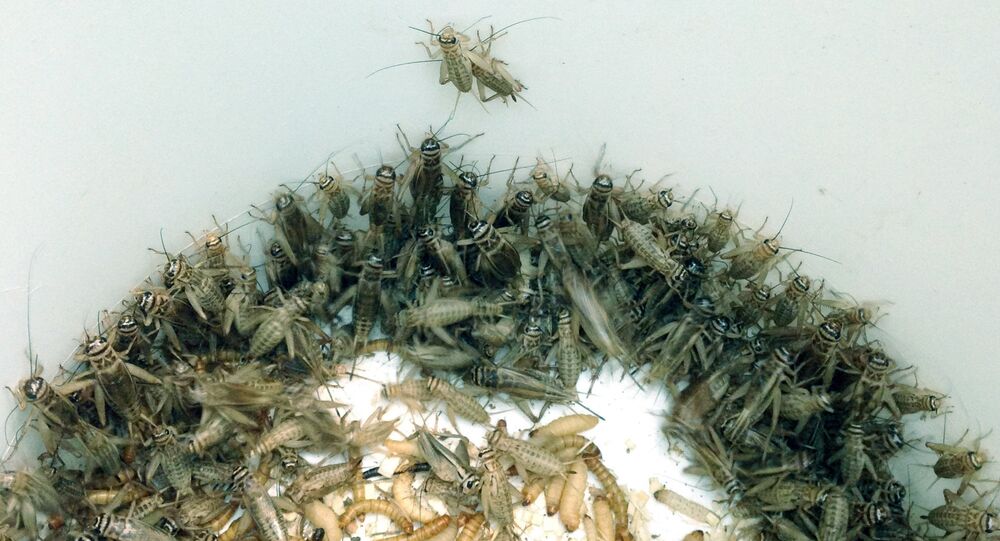 Following the closure of an insect factory in Finland, billed as "Europe's largest", its owners had to concede defeat to conventional meat producers, despite last year's optimistic prognoses of a bug boom due to legal changes in the food industry that seemingly paved the way for insect food.

After having just opened in late November 2018, the huge insect factory at Strömfors in Loviisa has been discontinued due to poor profitability, national Finnish broadcaster Yle reported.

Housed at the former Schneider Electrics premises, the factory was opened following a change in legislation that allowed the production of food from insects in Finland. The factory was labelled "Europe's largest", had an annual capacity of hundreds of tons of frozen crickets and was planned to cater to the needs of the nascent insect food industry.

From the get-go, the factory in Strömfors was set to compete with the largest insect producers in the world, found in Spain and Canada. However, the expectations were crushed by a harsh reality. Entrepreneur Vesa-Matti Marjamäki admitted that major investments are still needed and that a second look into their profitability at the current level is necessary. Marjamäki also admitted "fierce competition from meat producers".

"Our competitiveness would have been based on efficiency and the fact that we cultivate crickets better than everyone else. We had been able to reach it, but at the same time the product is not competitive compared to minced meat", Vesa-Matti Marjamäki told Yle. "Meat production gets so much support that it's not easy to compete with it via pricing".

Sales volumes have been "quite modest" even for those who have succeeded in launching products, he contended, admitting that the predicted and much-anticipated boom has not even started yet. The Strömfors insect factory never had more than five employees.

Marjamäki remains a believer in crickets potentially becoming a major player in the food industry. Nevertheless, the development has been more sluggish than predicted, he conceded.

"The market has developed more slowly than the general discussion anticipated", Marjamäki stressed, announcing a return to his job as farmer.

Sami Vekkeli, the CEO of Nordic Insect Economy Oy, praised Marjamäki for his "brave attempt", but said that "cricket food" hasn't been quite as popular as anticipated". Still, he contended, it might become a success at a later point.

In 2018, there were about 20 cricket growers in Finland alone.

Before becoming a trendy fad in the Western world, entomophagy or the consumption of insects, has occurred in Africa and Asia since prehistoric times.

So far, the main selling point of insect food, as opposed to traditional foodstuffs such as meat or cereals, is the reduced environmental footprint of a bug diet. According to Finnish insect producers, a single kilogram of beef needs over 15,400 litres of water, compared with 2,500 litres for a kilogram of rice. By contrast, one kilogram of crickets requires a single litre of water. Despite its questionable aesthetic appeal, insect food is claimed to be rich in protein.