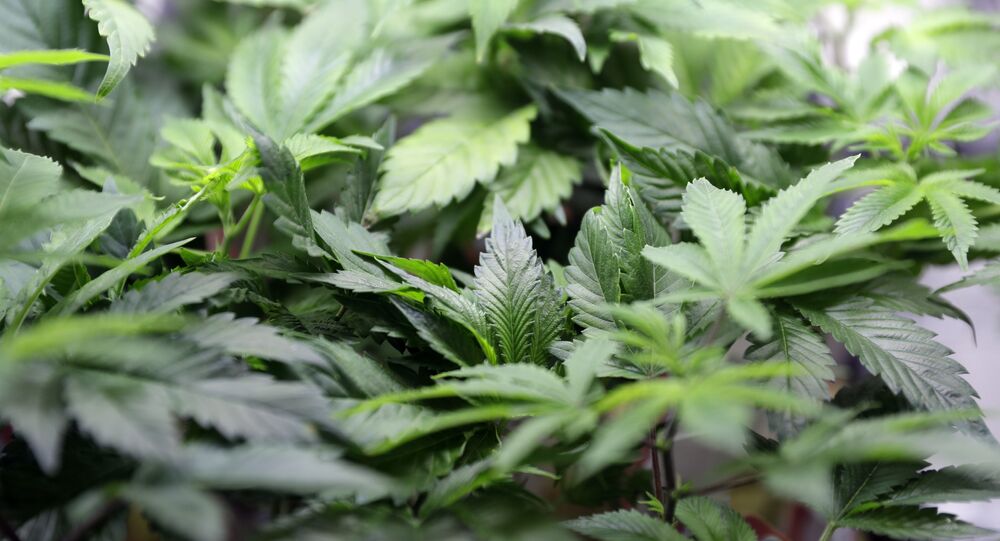 A fast food restaurant in Mississippi has politely but firmly asked that hungry customers don’t blow pot smoke in the face of the worker at the drive-in window when picking up their food.

© AP Photo / Jeff Chiu
Girl Scout Sells Over 300 Boxes of Cookies Outside California Pot Shop
A prominently-placed sign in the window of a Gulfport, Mississippi, Sonic fast-food restaurant — one of over 3500 in the US — states simply: "If you are smoking weed in the drive thru you will not be served! Please show some common courtesy and smoke and air out before pulling up to order."

In Mississippi — one of a growing number of US states in which the use of marijuana has been decriminalized — hungry pot smokers eager for the food binge that only the greasy, salty punch of cheap American fast food can supply — are showing up while toking up, and it's got on-duty employees nervous.

The manager of the Gulfport Sonic, Yasman Freeman, asserted that the sign has helped, particularly after unwanted smoke was blown into the faces of several of her employees, some of whom are minors, cited by ABC-affiliated WKRN News in Nashville, Tennessee.

Security cameras posted at the Sonic drive-in window have recorded numerous occasions of drivers — as well as passengers — appearing to be trying to smoke out the hapless food workers, who are not having any of it, according to the Biloxi Sun Herald.

Recently relaxed laws regarding the use of marijuana in US states has created a small pushback of those who support the legalization of pot but seek to remind users that common courtesy still applies, ya'll.