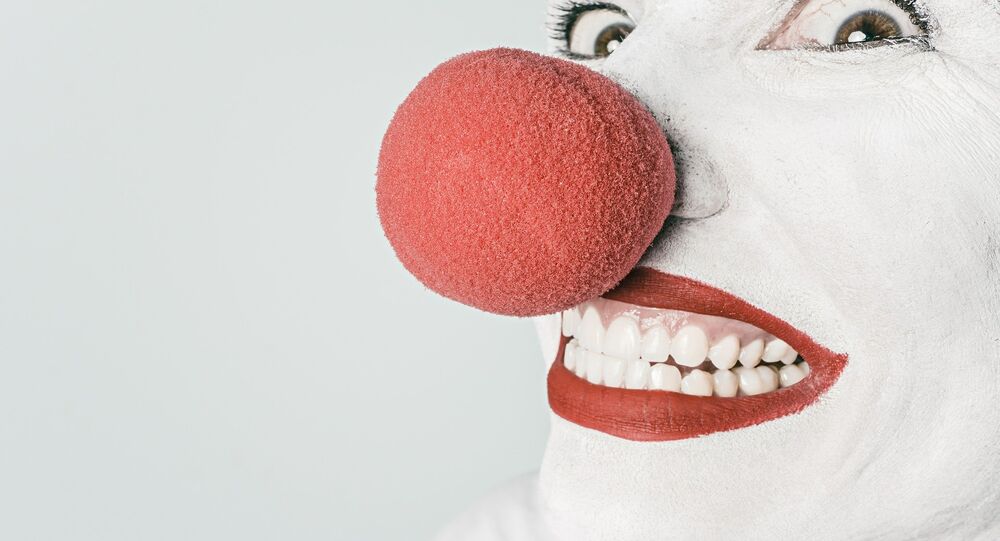 Every day this week, Israel's police force has received reports of people dressed as clowns carrying out assaults and generally intimidating nearby residents.

On Monday, a 10-year-old girl from the Beersheba, the largest city in the Negev Desert in southern Israel, found herself surrounded and then pepper-sprayed by unruly teens wearing clown makeup and costumes. The following night, a teen dressed in a clown outfit was hospitalized after being stabbed in the upper body amid a fight with a local resident, according to the Jerusalem Post.

But that wouldn't be the only report submitted involving clowns on Tuesday: over in the central city of Ramle, an 18-year-old was arrested after police officers were alerted that a clown carrying a plastic hammer was at a public park scaring children and adults alike.

And yet, Tuesday still had not seen the end of the clowns.

On Wednesday, clowns targeted children walking along streets and at nearby parks near Haifa, leading to a 16-year-old boy being detained. Though the detainee was not wearing clown attire, another case saw the arrest of a Dracula-masked 13-year-old who was waving a metal knife around in Herzliya.

"There have been a number of incidents that have occurred over the past few days across the country, with dozens of reports received by police about minors wearing clown masks scaring children and startling drivers on a number of different roads," Rosenfeld said Wednesday. "Police have carried out operations in the north, south and central regions to respond to those incidents, which have mostly taken place in public parks and roads where a number of the suspects have been spotted."

© Photo : Pixabay
Horror Clown Hit by Car in Austria on Halloween Night
But, unfortunately for Rosenfeld, his announcement didn't shut the sightings down. Two days later, more incidents sprung up.

On Friday, officials reported a case involving a 14-year-old and a 15-year-old who were carrying around assault rifles to protect themselves from troublesome clowns. According to the teens, they were prompted to suit up after being listed in a clown group titled "victims of the day" on Instagram, Israeli news outlet Reshet reported.

In northern Jerusalem, a 15-year-old, also citing protection, was detained and questioned after donning a mask and brandishing a plastic axe. In another case, a 16-year-old was also detained after being caught with a knife, for protection, by police.

In the clown-filled Friday, officers later reported that another 14-year-old, who was caught hiding in the bushes with a plastic pistol, was arrested. After an investigation, Reshet reported police issued a five-day house arrest for the minor.

While the clown horror movie hasn't been directly linked to the incidents, officials are investigating the motive behind the phenomenon. The 2017 remake was released in Israel on September 14, according to IMDb.

What Do We Want? Recognition of National Clown Day! When Do We Want It? Now!