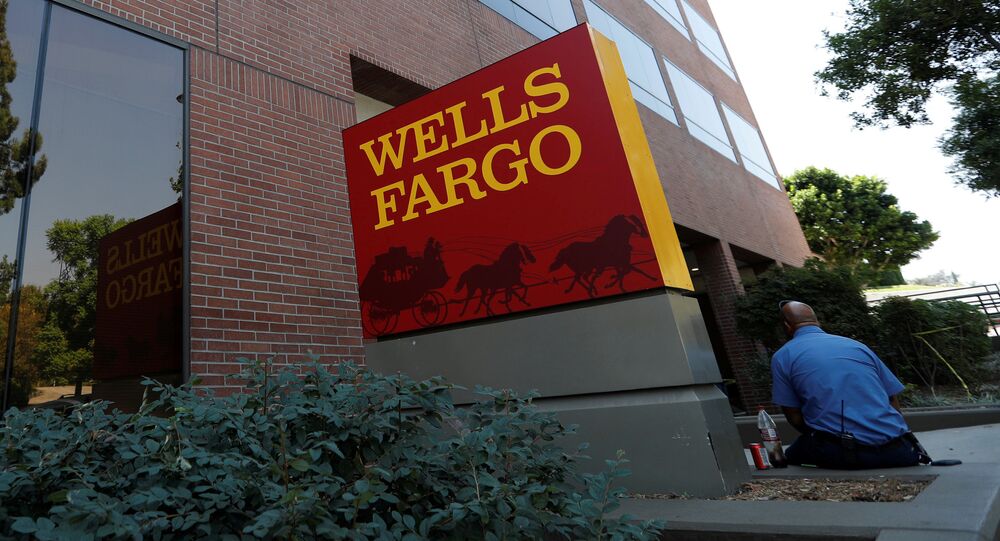 Phelon Davis, a former teller at a Wells Fargo branch in Washington, DC, pleaded guilty Thursday to a felony charge of interstate transfer of stolen property, punishable by a maximum of 10 years in prison, according to court filings.

The victim was not identified in the documents, but it was said that he was a homeless street vendor who had more than one account at the bank.

According to Davis, in October 2014, the customer wanted to deposit "thousands of dollars in cash" but he lacked identification. The customer was turned away. Davis forged the customer’s signature to fraudulently open a new account in the customer’s name and set up an ATM card. He then funded the new account with $3,000 from one of the homeless vendor’s accounts.

© AP Photo / Julie Jacobson
'Good Riddance': Twitter Reacts as 'Pharma Bro' Shkreli Jailed Over Hillary Clinton's Hair Post
According to the court documents, over the next two years, Davis used ATMs on 144 occasions to withdraw a total of $185,440 from the customer’s accounts. The homeless man did not have access to a computer and did not use e-mail and thus could not receive statements from the bank.

Davis used the stolen money for his own benefit, including paying for his residence, paying off personal debt and for several vacations.

Davis has been ordered to pay back the stolen money and is facing a range of 18 to 30 months in prison and a potential fine. The verdict on the case will be delivered at a later date.

US Pharmaceutical CEO Jailed Over Threat to Clinton