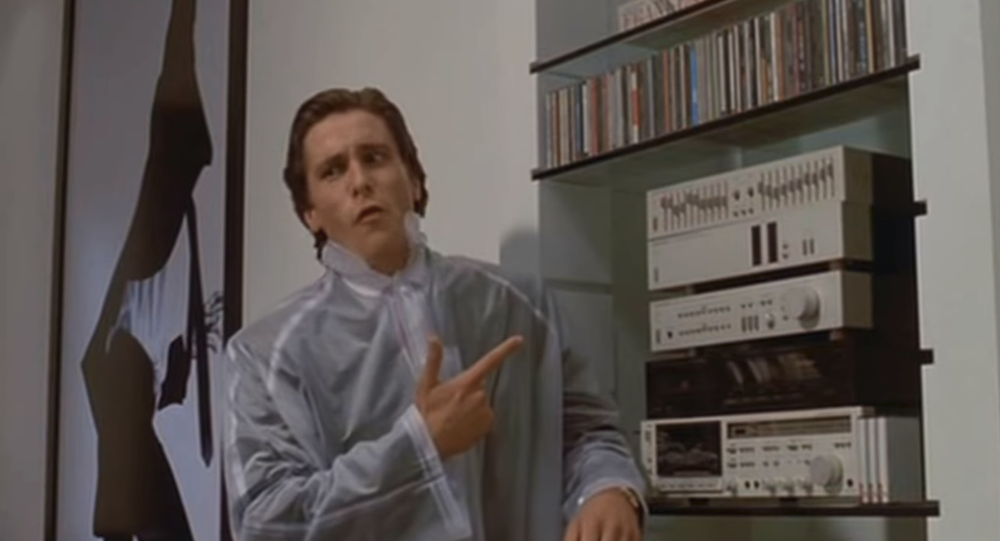 A new study from British researchers has found that along with compulsive lying, narcissism and a failure to return video tapes on time, one telltale sign of a psychopath is that they do not share laughter with others.

The team out of University College London studied 92 boys between the ages of 11 and 16. Thirty were a control group, while 62 had exhibited "disruptive behaviors" such as aggression, violence, lying, manipulation, enjoyment of Huey Lewis and The News, and a lack of guilt or a lack of concern. Many of these are the same signs as antisocial personality disorder (ASPD) according to the Mayo Clinic.

After controlling for IQ, age, ethnicity, socioeconomic status and even what their dominant hand was, the boys were subjected to the experiment. Each was hooked up to an MRI and asked to listen to recordings of genuine laughter, forced laughter and forced crying. On a scale of one to seven, the boys were asked "How much does hearing the sound make you feel like joining in and/or feeling the emotion?" and "How much does the sound reflect a genuinely felt emotion?"

© Photo : Pixabay
Take Your Coffee Black? Study Says You Might Be a Psychopath

The boys who demonstrated the early warning signs for ASPD were less likely to laugh at both genuine and forced laughter. In addition, the MRI revealed that the "disruptive" boys showed less neural activity in response to the laughter and crying than the control group.

The purpose of this experiment was to show that laughter is a social cue, and most people will laugh or smile when another person around them does the same.

"Those social cues that automatically give us pleasure or alert us to someone's distress do not register in the same way for these children," said Essi Viding, the study's senior author, to Science Daily.

"That does not mean that these children are destined to become antisocial or dangerous; rather, these findings shed new light on why they often make different choices from their peers. We are only now beginning to develop an understanding of how the processes underlying prosocial behavior might differ in these children. Such understanding is essential if we are to improve current approaches to treatment for affected children and their families who need our help and support."

"The brain is a learning organ and a learning organ that starts off being different can influence subsequent interactions," she added. A great deal of emotional development is nurture-based, not nature-based, according to Viding: children who grow up in abusive or neglectful households "may not develop in the same way as normally behaved children," she said.

Children who grow up in an abusive environment may not receive reinforcement of certain social behaviors. "They may not develop in the same way as normally behaved children," says Viding.

She went on to say that the point of the study was to help the children have "a chance to grow up to be happy," not to create a database of people who might murder someone over a reservation at Dorsia. "These children are not effectively helped at the moment." The purpose is to spot that, not to "spot a psychopath."