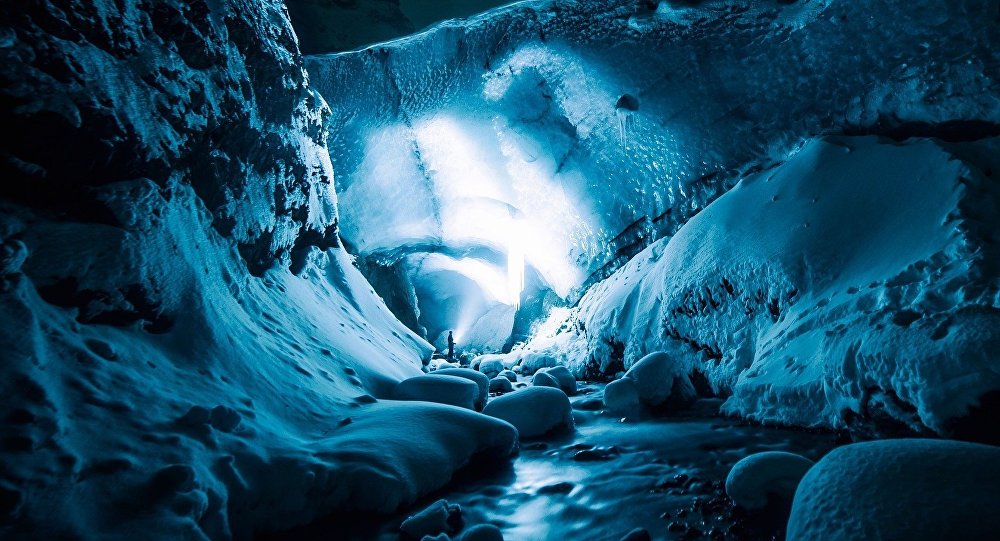 The results of a study on an active volcano beneath Mount Erebus may indicate the existence of a massive subglacial world in Antarctica, Dr. Ceridwen Fraser from Australian National University's Fenner School of Environment and Society told Sputnik.

The exploration of a volcano cave in Antarctica's Ross Island prompted scientists to believe that there is massive subglacial world in this frosty region that has yet to be explored, according to Ceridwen Fraser, lead researcher of a team which investigated the Ross Island cavern.

"I think there is a possibility that a very extensive subglacial world may be in place in Antarctica, where over a hundred volcanoes [with caves] are located," Fraser said.

Touching upon the cavern that her team explored, she said that "we have known about the caves for several decades, in fact, since the first explorers went to Antarctica."

"But it's only recently that we have started to think about what might live in these caves," she said adding that her team "has already discovered that there is diverse bacterium community there."

"I thought it would be interesting to have a look into if we could see any signs of life, such as plants and animals, in the cave given that the conditions there are extremely hospitable and even humans could feel quite comfortable there," she said.

Fraser added that her team detected DNA from what you "normally find in Antarctica," including algae, mosses and even small animals.

"But we also found DNA that does not really match anything on the genetic databases that we have. This does not necessarily mean that it is unknown life, but it may indicate that there are species that had specialized to the cave environment," she said.

According to her, these species hardly pose a threat to humans, especially given the fact that many of the species living in Antarctica are "quite small."

© REUTERS / NASA's Goddard Space Flight Center
Antarctica's Huge Breakaway Iceberg 'Unlikely' to Be Caused by Climate Change
When asked what her team's plans will be, she said that "the next thing we are really going to do is to go the cave and give a good hard look for actual living creatures [there] because it is one thing to pick up DNA from the species and quite another – to find them in the cave living, and better understand what sort of life is there, if at all."

Fraser said that she did not rule out that her team will return to the cave with an exploratory expedition in the near future, hailing international cooperation on the matter.