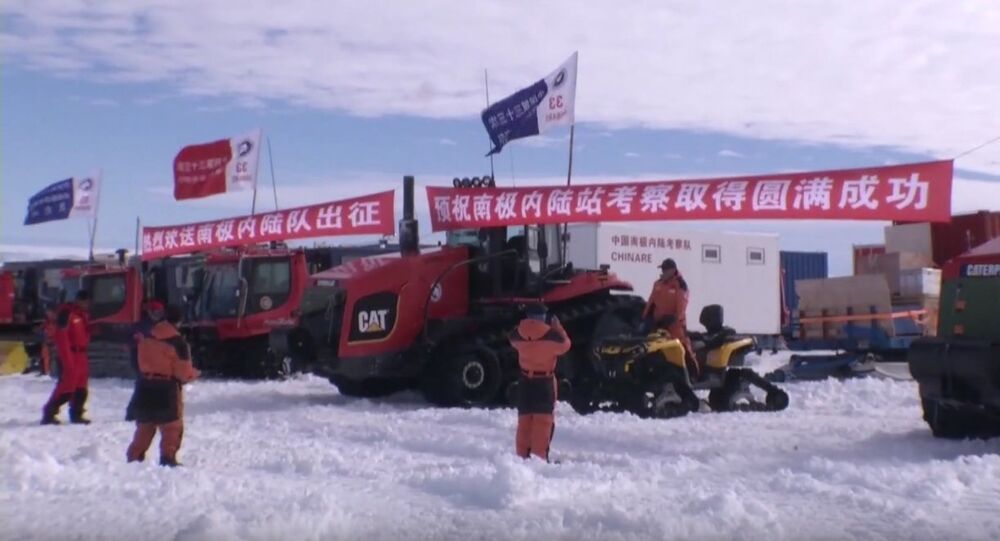 Beijing aims to install two powerful telescopes atop the Dome A, also known as Dome Argus, the highest ice formation in Antarctica.

© Flickr / inefekt69
New Telescope to Challenge Einstein’s Relativity Theory With Black Hole Photos
Two telescopes – the Kunlun Dark Universe Survey Telescope and the Dome A Terahertz Explorer – will be deployed atop the Dome Argus, the highest point of which rises over 13,000 feet (4,093 meters) above sea level, in the vicinity of Kunlun Station located near the ice formation.

Professor Cui Xiangqun, an academician at the Chinese Academy of Sciences, told Science and Technology Daily newspaper that these new telescopes will help solve numerous scientific problems related to the origins of life and the universe.

"The plan to construct the 2.5-meter Kunlun Dark Universe Survey Telescope (KDUST) and 5-meter Dome A Terahertz Explorer (DATE5) is vital for China’s goal to establish its national observatory in the Antarctic region which will help solve scientific problems, including those related to the origins of life and the universe," Cui said.

KDUST is a 2.5 meter infrared optical telescope designed to detect and observe Earth-like planets in the Milky Way using infrared light, while

China currently has four research stations in the Antarctic – Zhongshan, Kunlun, Great Wall and Taishan – the last of which was officially opened in 2014, while the first Chinese expedition in the region was mounted in 1984.