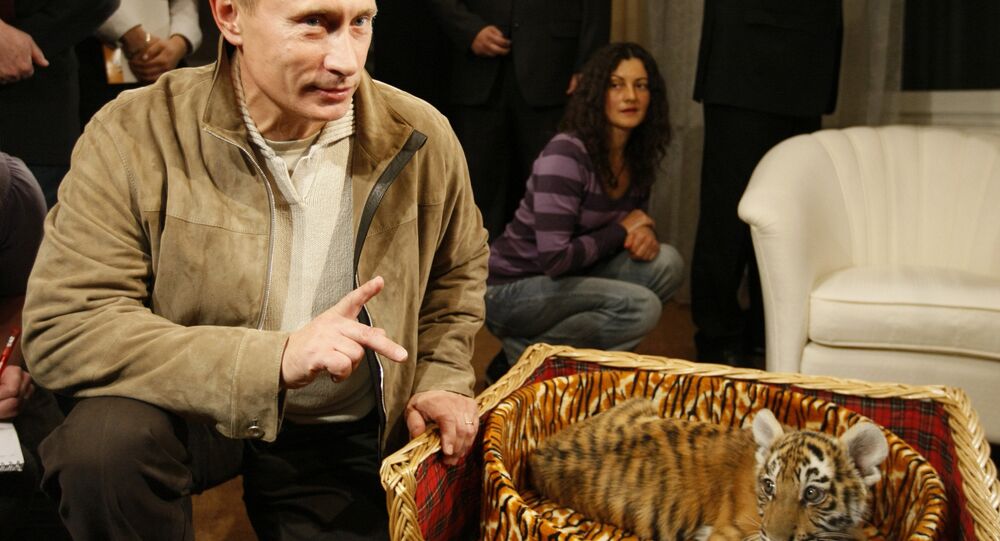 South Korean President Moon Jae-in noticed the spiritual resemblance of Vladimir Putin to the Amur tiger during his meeting with the Russian president on September 7.

The two leaders exchanged gifts: Putin received a bamboo fishing rod, made according to Korean traditions, and a map depicting St. Petersburg, while Moon Jae-in was presented with a sword dating back to the 19th century.