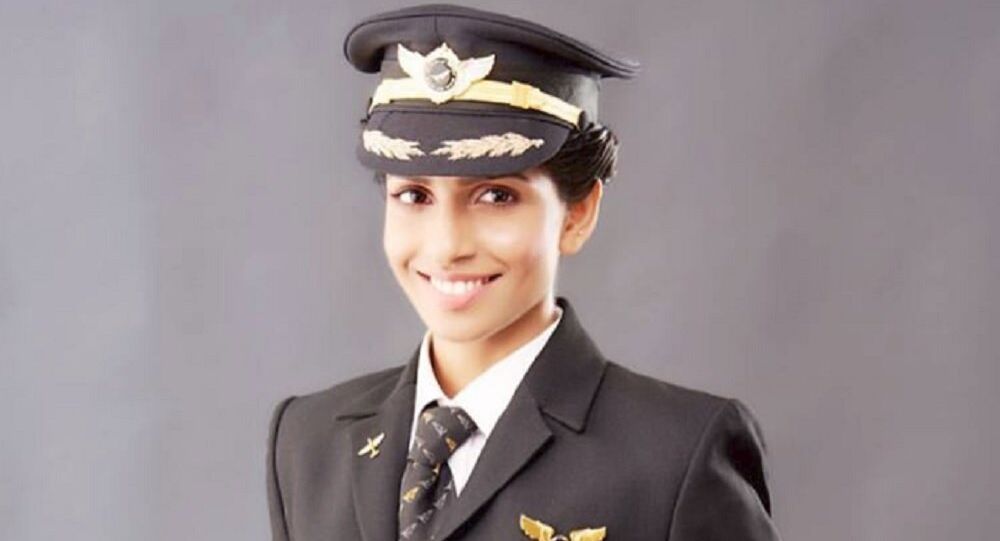 Here is an inspiring story that proves we should never give up on our dreams. Anny Divya (30), a young and ambitious lady from India, gave wing to her childhood dream of becoming a pilot and courageously overcame obstacles in her life before she became the youngest female commander of the world's largest twinjet with Air India.

Regina Konstantinova — Anny Divya is the youngest female B777 commander in the world. "This is your captain speaking. Welcome aboard," the pilot's young female voice announces, much to the passengers' surprise. It is unlikely that any of them can imagine what the pilot had to go through to earn the right to become a flight commander.

"It's always been my childhood dream to become a pilot," Anny told Sputnik. But she worked hard enough to fulfill this dream.

Being just a 17-year-old girl with a modest background, she enrolled at the Indira Gandhi Rashtriya Uran Akademi, the flying school in Uttar Pradesh.

"It was very challenging for me," Anny admitted. "I have faced and been through plenty of challenges, language barriers, cultural differences, financial issues, no knowledge of aviation and even no sense of fashion — this is just to name few," she added.

© Photo : Facebook/Anny Divya
Anny Divya
Ms. Divya, who came from the small town of Vijaywada in the Indian state of Andhra Pradesh, with no aviation background, found herself among people who were prepared with all of it.

Step by step, the young woman approached her sacred dream, thanks to her strong will and irreplaceable support from her family.

"Initially I used to feel bad and also was very timid but soon I overcame those with the support of family, my teachers who helped me to recognize my strengths. Most importantly my determination to succeed helped me to focus on what was wrong and how to correct it, so by the time I finished my training, I was completely transformed and got the job immediately," Anny revealed.

© Photo : Facebook/Anny Divya
Anny Divya (fifth from the right) with the crew
Ms. Divya spent 27 months in training and is now in charge of one of the world's largest airliners, the Boeing 777, which can carry up to 396 passengers. Funny enough, she had never flown as a passenger in a plane until she started to learn to fly! Now, Captain Anny Divya every month spends about 70-80 hours up in the clouds, mostly doing ultralong haul flights, which are from 14 to 16 hours long.

According to Anny, when passengers find out their plane is commanded by a young lady they are "quite pleasantly surprised."

"They don't expect the pilot to be so young. And when they realize that I am the commander, their expressions are quite amusing, kind of awe-struck. It's like I can almost hear them say, ‘Wow, was she our commander?' Sometimes some people even reach out to shake my hand. It's quite humbling actually," the aviatress told Sputnik.

© Photo : Facebook/Anny Divya
Anny Divya
After several news outlets spread the word about Anny, she started to receive a lot of positive messages. "Most of them were from people who were really inspired with my story, and this made me feel happy," the young lady concluded.
...
Reddit
Google+
Blogger
Pinterest
StumbleUpon
Telegram
WhatsApp
363