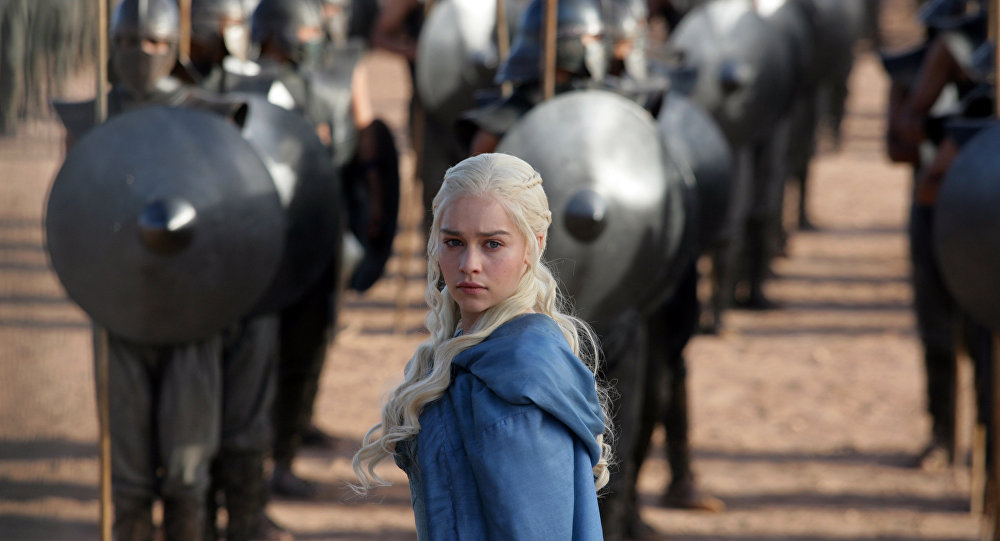 Variety has recently published two lists of the highest paid small screen actors - one for drama and one for comedy. Leading the lists were Robert De Niro and the stars of “The Big Bang Theory,” who are raking in the cash for their small screen appearances.

Robert De Niro has topped the list of the TV stars with the highest earnings in drama. The 74-year-old actor gets paid $775,000 per episode of an "Untitled David O. Russell project" that will premiere on Amazon later this year.

© AP Photo / Rogelio V. Solis
'Black Oppression Is Not Entertainment': Row Over HBO TV Drama 'Confederate'
The next five positions are occupied by the stars of "Game of Thrones," Emilia Clarke, Nikolaj Coster-Waldau, Peter Dinklage, Kit Hartington and Lena Headey, all of them getting $500,000 richer with every episode. The salaries of Kevin Costner (Yellowstone) and Kevin Spacey (House of Cards) are the same.

Claire Danes from "Homeland" and Ellen Pompeo of "Grey's Anatomy" both trail them by $50,000 with the actresses receiving a measly $450,000 per episode.

© CC0 / Billy Wilder / Some Like it Hot (1959)
Critics Name 100 Greatest Comedies of All Time
However, there is one comedy where the salaries are even more hilarious. The highest paid actors of the small screen are still Kaley Cuoco, Johnny Galecki, Simon Helberg, Kunal Nayyar and Jim Parsons — four nerds and one blonde from the CBS's sitcom "The Big Bang Theory." Getting $900,000 per episode, they remain on top even after they agreed to slight pay cuts in favor of their co-stars Mayim Bialik and Melissa Rauch.

Dwayne Johnson, the 6th highest paid actor of a comedy show, gets much less — $650,000. However, he may not be too upset about it — "The Rock" managed to become the world's highest paid actor in 2016 as he scored his biggest ever annual paycheck, according to Forbes.

There is no doubt that television has finally evolved to a point where it is no longer considered an inferior art form to cinema. There's no shame in being in a serial, on the contrary, more and more actors with big names are moving in: Kevin Spacey, Bryan Cranston and many others have successfully put a new spin on their careers by starring in TV series.

Variety also explains the outrageous sums paid to the leading actors with "the explosion of demand for high-end TV series and the emergence of deep-pocketed new buyers such as Netflix and Amazon."