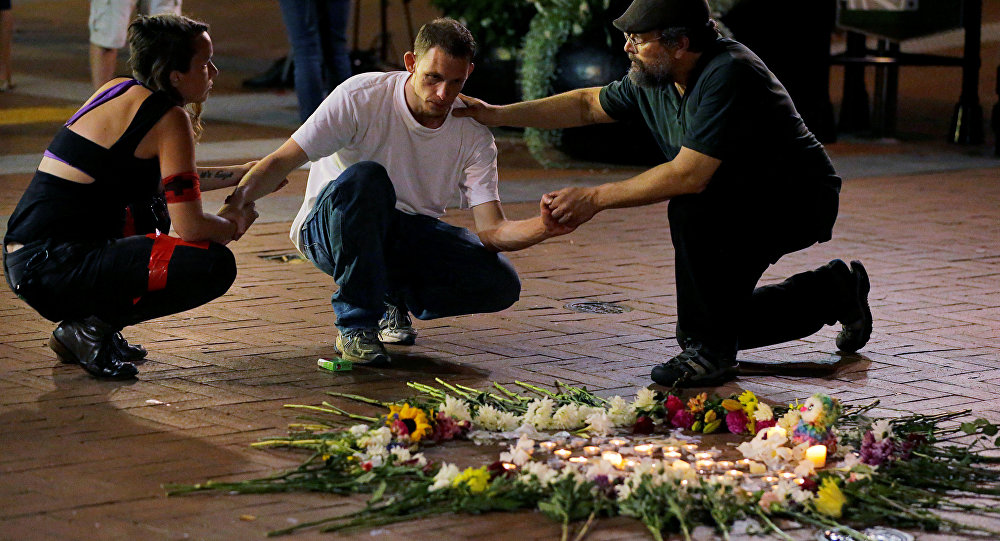 ‘Only One Side': Obama and Biden Add to Voices Against Racism

Former US President Barack Obama offered words of encouragement Saturday regarding the violent and tragic white supremacist march in Charlottesville, Virginia, which saw a member of the far-right participants drive his automobile into peaceful pedestrians, killing a 32-year-old woman and injuring many more.

In several tweets, Obama quoted the late South African civil rights icon Nelson Mandela, who pointed out that "no one is born hating another person because of the color of their skin."

The two-term former US President, thought to be returning to the political stage later in the year, quoted several times from Mandela's autobiography "Long Walk to Freedom."

​Current US President Donald Trump has seen significant backlash from both sides of the political fence in Washington DC after blaming the tragedy "on many sides" as opposed to attacking the problem at its source, according to Business Insider.

"We condemn in the strongest possible terms this egregious display of hatred, bigotry, and violence on many sides," Trump tweeted, pointedly repeating the phrase: "On many sides."

The FBI has announced the initiation of a civil rights investigation into the car-ramming death in Charlottesville, Virginia, and the suspect, a member of the white supremacist group that participated in the march, will be arraigned on murder charges, according to reports.

Russian MP on Charlottesville: US Should Deal With Own Problems First