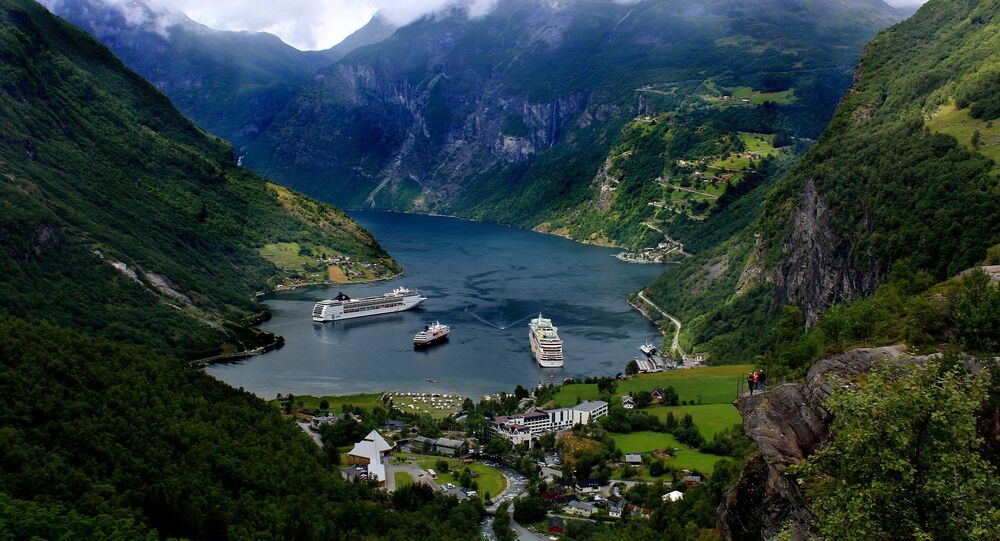 Despite the fact that WWII ended over 70 years ago, it has left a deep imprint on Norway, as hundreds of tons of World War II-era explosives are still lying hidden throughout Norway, providing both security and environmental threats to the Nordic country.

The Defense Research Institute (FFI) is worried that more accidents are likely to happen, unless the remaining explosives are mapped out and defused.

Perhaps somewhat surprisingly, a thorough overview of leftover WW2-era explosives has never been compiled. According to a 2012 report from the Ministry of Justice and Emergency Affairs, though, over 200,000 tons of explosives were left in Norway, of which 80 percent were dumped in the sea. Additionally, a lot of ammunition was buried in the country's northernmost province of Finnmark, which became an arena for fierce battles over Norway's polar sea ports and subsequently the Germans' military outpost in the north.

© Flickr / Parlaba
Echoes of War: Norway Counting on NATO to Sweep WW2 Mines
"However, no one knows for sure how much combat equipment has been dumped," the FFI estimated before launching a three-year project map out all traces of war in the autumn of 2016. Additionally, tens of thousands of mines are expected to be still lying on the Norwegian seabed.

"It certainly poses a threat to the civilian population. Some of them contain several hundred kilograms of explosives. This may become a danger for boats casting anchor, as well as curious hobby divers," FFI researcher Arnt Johnsen said.

Johnsen ventured that mines and other ammunition were likely to detonate by itself due to corrosion and should be handled with extreme care after being salvaged from the sea. Earlier this year, his colleague Øyvind Voie also stressed that the leftover explosives pose an acute pollution hazard.

So far, the project has proven to be very demanding. The FFI's mapping out process entails, among other things, scrutinizing reports of battles and skirmishes. According to Johnsen, however, ammunition was left behind "virtually everywhere."

© AP Photo
Sunken Submarine Baffles Norway (and Nope, It's Not Russian)
Meanwhile, the work is being hampered by a lack of funding. So far, only one third of the projected 26 million NOK ($3.3 million) funding has been received.

Johnsen believes the problem is not being taken seriously, with various authorities trying to pass the buck.

"For instance, the military does not feel any responsibility for the combat equipment left behind by German soldiers after WWII," Johnsen said, pointing out that only the Armed Forces have the competence to successfully defuse all the leftover explosives.

The German occupation of Norway began in April 1940 on the pretext of "protecting" the fellow Germanic nation from British and French interference. In reality, Nazi Germany sought to gain access to Norway's secure ice-free harbors for better control over the North Atlantic as well as secure the availability of Swedish iron ore, going through Norway's coastal waters. Additionally, occupied Norway was intended as a springboard for Nazi Germany's conquest of the Soviet Union's polar areas, which never happened.

Following the Red Army's decisive advance in 1944, Nazi Germany was forced to begin a massive retreat, which was combined with a scorched-earth tactic in northern Norway. In 1945, when Norway was liberated by the Soviet Union, the Germans finally withdrew, leaving behind a lot of ammunition, part of which was dumped in the sea with the help of German prisoners of war.