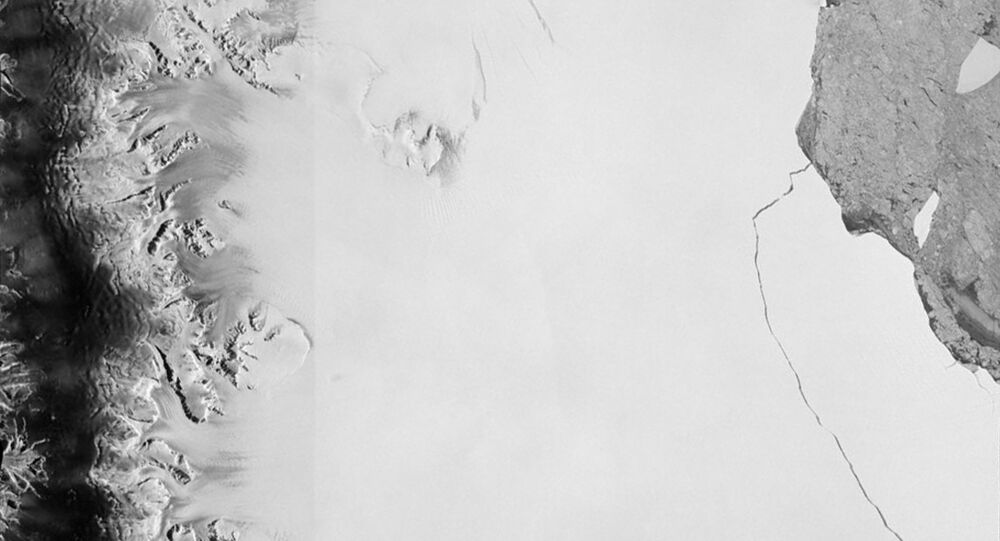 One of the largest icebergs ever broke off the Larsen Ice Shelf in Antarctica, dramatically changing the landscape in the region.

"We have been anticipating this event for months, and have been surprised how long it took for the rift to break through the final few kilometers (miles) of ice," leading researcher Adrian Luckman of the British Antarctic project MIDAS said in a statement, published on the official website of the project.

© Photo : Youtube/NL Aerial Productions
Mother Nature at Her Best: Stunning Iceberg Drifts By Small Canadian Town
"We will continue to monitor both the impact of this calving event on the Larsen C ice shelf, and the fate of this huge iceberg," he added.

According to the head of the climate program of the World Wildlife Fund (WWF) in Russia, Alexei Kokorin, the split of the giant iceberg in Antarctica was facilitated by the warming of the Southern Ocean. He argued that the ice shelf was washed away by ocean waters from the bottom.

"The iceberg broke off the ice shelf, because it was washed away by the ocean's warming waters from the bottom. There is a slight increase in the temperature of the surface water of the ocean, and this is what we call global warming," Kokorin said.

So far, experts can't predict how the situation will develop further. They suggest that the iceberg may split into several parts, or remain intact for decades, drifting to the north.