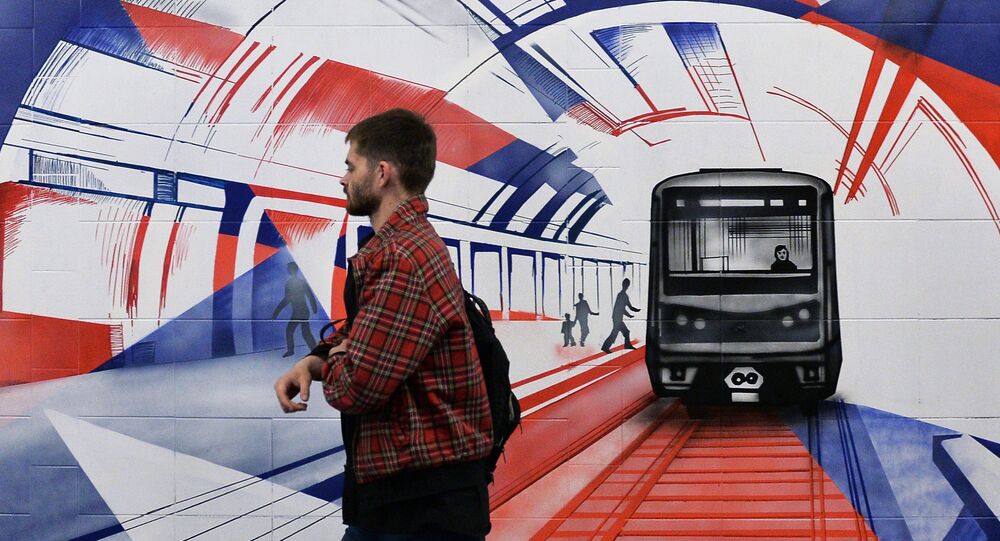 Passengers rode on the Moscow Metro almost 2.5 billion times in 2016. While for most people, it is a convenient way to get to work, some creative minds seek inspiration there, to bring modern art into existence.

Inspired by the Moscow Metro, Russian designer and photographer Aleksei Domrachev created his now-famous "unauthorized" exhibition. For five years, he took photos on his phone in the Moscow Metro, and then selected the best shots, printed them and placed them in the spots where they were made.

© Photo : Frank Herfort
Scenes From Everyday Life in Russia Turned Into Fairy Tales
10
His square images, placed in a black frame without signatures or watermarks, illustrate the daily life of the subterranean railway network and its passengers. The project's title, ‘Memento metro' is an allusion to the Latin catch phrase "Memento mori" and means "Remember that this story happened right here, in this place, and it will never happen again," according to Domrachev.

"I think this art has to live where it was created. It should be simple and available to the public, [it should be accompanied] with the noise of train cars," said the author of the project on his Facebook page.

© Photo : Moskva news agency / Kirill Zykov
Attention, Passengers! Fashion Show Turns Moscow Metro Station Into Catwalk
Another photographer, Matt Crabtree, started seeing London commuters as Renaissance paintings when he met his first muse on his way to work. It was "a woman that was held in a moment that just looked so beautiful and serene," Crabtree told CityLab. She was "lit from above by the harsh Tube lighting, reading a book that could've been a treasured prayer book from centuries past — a million miles away from the Tube carriage 200 feet below London."

Crabtree snaps his ‘16th-Century Tube Passengers' pictures and turns them into Renaissance paintings immediately with the Snapseed app on his phone. In the nearest future, the photographer plans to release a photobook and launch an exhibition.

New York-based illustrator Ben Rubin lets his imagination loose on the city's subway. In 2011, he began drawing on an iPad to pass the time during his New York Subway commute from Brooklyn to Manhattan. Rubin mixes thinking out of the box with his photography and drawing skills: photos taken by the artist on his way to work feature different imaginary beasts, which complete the scene, giving it an unusual plot twist.

Now, Rubin's ‘Subway Doodle' has outgrown the underground space and can be seen all around NYC.