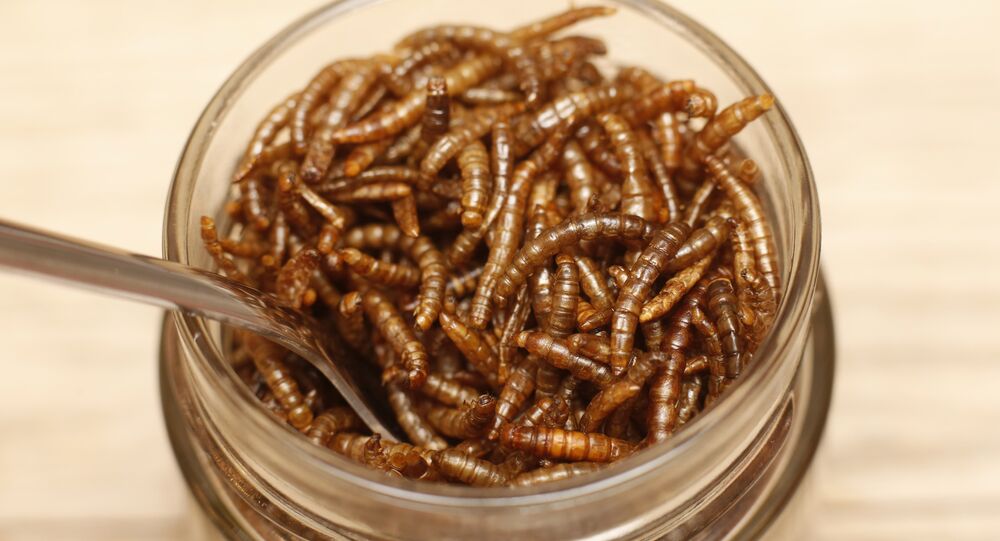 Previously, insects as a dish were mostly encountered in parts of Asia. This is no longer true, as a Danish hotel chain has started treating its customers to "bug breakfasts" featuring insects as part of the Nordics' perennial efforts toward healthier (and more sustainable eating habits).

© CC0
Danes Brew 'Number One' Beer From Recycled Festival-Goers' Urine
Starting from June 7, Danhostel branches in Amager, Bellahøj and Copenhagen city center have surprised their clients with an unconventional take on the morning menu. In addition to the English and the continental option, Danhostel venues are serving "bug breakfasts."

Its gastronomical highlights include such delicacies as muffins with apple, apricot and almonds made of flour ground with worms, baked wax moth larvae with paprika or grasshoppers prepared with lime.

"We've always placed a lot of importance on sustainability. Eating insects for breakfast is a good initiative, and now we're going to find out if it hits the spot with the public and whether we can extend it to more hostels," Danhostel CEO Ole Andersen told Danish TV channel TV2.

​The menu was prepared in cooperation with nutritionist Nina Askov, who runs her own webpage named Buglady and is an ardent promotor of insect food as a sustainable option.

"We've been talking about eating insects for the benefit of the environment and climate and the welfare of animals for quite a while. Now we are moving on from talking and writing about insects to using them in our everyday life," Nina Askov told TV2.

© AFP 2020 / FABRICE COFFRINI
Bug Binge: Finns Most Eager to Feast on Protein-Rich Creepy-Crawlies
Recent Danish studies suggest that insects proportionately contain as much protein as fish and meat. They also contain fatty acids such as Omega 3 and 6 and are rich in fiber, minerals and vitamin B-12. The key point for environmental activists, however, is that less energy is needed to produce them, and they release far less harmful emissions compared with traditional farming. For instance, breeding crickets instead of chickens leads to a 75 percent reduction in carbon dioxide emissions. The environmental footprint in terms of ammonia and methane emissions is all the higher compared with pig farming, where Denmark excels.

In 2016, Danish Environment and Food Minister Esben Lunde Larsen pledged to look into the perspective of using insects as protein-rich animal fodder and human food, citing a fast reproduction rate and a massive untapped business potential.

© AFP 2020 / Dieter Nagl
Living on Locusts and Wild Honey: Swedes to Enjoy a Diet of Insects and Algae
Subsequently, a number of insect-breeding projects received support from the state innovation fund. According to Lars Lau Heckman from the Institute of Technology in Aarhus, which received 19 million DKK ($2.9 million) in state support, the goal is to make Denmark a forerunner in sustainable production of edible insects. The project of expanding flour production containing insects is one of the largest of its kind in Europe, Swedish Radio reported.

According to Jakob Rukov who breeds crickets for food in the project Bugging Denmark, the number of insect farms around the country is growing, suggesting a change of attitude: people are more at home with eating insects. Today, insect food and snacks are already available in Danish grocery stores.