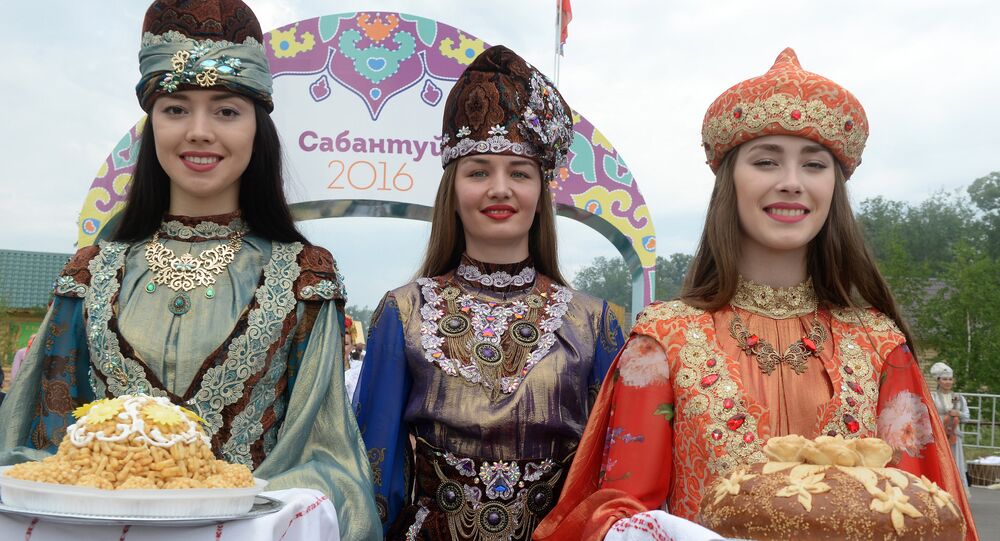 Russia took 44th place in the ranking of the most popular Muslim travel destinations, according to the 2017 Global Muslim Travel Index (GMTI) jointly compiled by MasterCard and CrescentRating. Compared with last year’s list, Russia improved its position by five places.

© Sputnik / Sergey Malgavko
Health Tourists From 64 Countries Visited Crimea in 2016
MasterCard and CrescentRating, the world's leading authority on Halal travel, ranked 130 countries and compared their suitability for a family holiday based on the level of services and facilities it provides, accommodation options, marketing initiatives, flight connectivity and visitor arrivals.

In the 2017 chart, Russia took 44th place. Among the competitive advantages of halal tourism in Russia, experts named security, a wide network of air routes and the ability to travel with the entire family.

Malaysia toped the ranking as the best Muslim travel destination in the world for the third time in a row. The United Arab Emirates, Indonesia, Turkey and Saudi Arabia made the rest of the top 5. According to the index, the largest number of countries that are suitable for Muslim tourists are located in Asia and Africa.

© AFP 2020 / VALERY HACHE
China, Russia to Develop First Ever Submarine for Underwater Tourism
As for the best non-Islamic destinations, the most preferred are Singapore, Thailand, the United Kingdom, South Africa and Hong Kong. In this list, Russia took the 16th position, ahead of China, South Korea, Canada and Belgium.

According to CrescentRating estimates, 121 million Muslim tourists spent 155 billion dollars as they traveled around the world in 2016, making up 10% of the entire tourist market internationally By 2020, the Muslim travel market is forecast to grow to 156 million travelers and $220 billion.