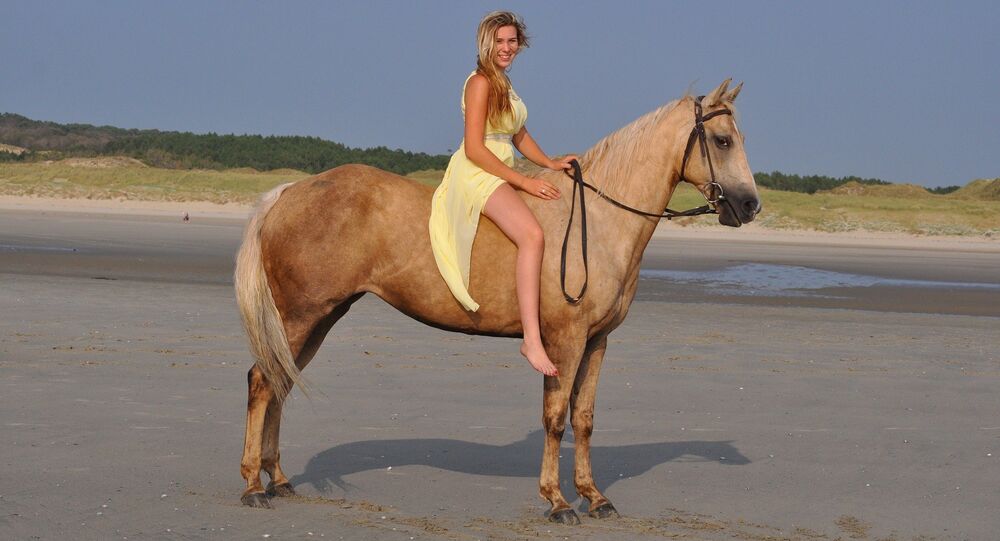 Since the onslaught of the migrant crisis, Sweden has been trying all kinds of ways to promote integration, not shying away even from the most ridiculous ones. One Swedish municipality tried pairing unaccompanied refugee children with horse-riding girls in a tax-funded integration project.

© CC0 / Pixabay
In Good Faith: Swedish 'Christianity Exams' for Refugees Spark Outrage
The municipality of Tierp has launched a project aimed at boosting the integration of newcomers by offering free-of-charge courses in equestrianism. The majority of the riders are unaccompanied refugee children, but all are said to be equally welcome to take part in the project funded by Tierp Municipality.

"The general idea is that the foreign-born and native Swedes should get to know each other in a natural way. It works great here and the interest is very big," project manager Emma Andersson told the Swedish newspaper Aftonbladet.

"They are the alpha and the omega. The fact that we are a bunch of older guys here does not matter, it's the integration with other young people that is important, and also fun when it works. I hope both sides think so," Ulla Andersson told Aftonbladet.

© AFP 2020 / JONATHAN NACKSTRAND
Malnourished Geriatrics Stain Sweden's Welfare System
Riding teacher Nathalie Ivarsson immediately noticed that the stable environment had a positive effect on the newcomers, while volunteer Cornelia Larsson, who has been riding since she was three, said it was fun to get to know new people.

"Riding is for everyone. It does not matter where you come from or how old you are, you can still ride horses," Cornelia Larsson said.

The unorthodox equestrianism project has stirred a hot debate on Swedish social media. Some users thought it was unfair of the municipality to offer immigrant kids a free opportunity, while Swedish kids still have to pay for it. Others voiced fears of violence and abuse as Swedish girls and foreign-born adolescents are teamed together.

© Photo : Pixabay
Swedish Brochure Teaches Migrants How to Have Sex, Avoid Authorities
Earlier this year, a somewhat similar-minded initiative of establishing a giant camel center in Angered, a migrant-heavy suburb of Gothenburg, in order to provide "green" jobs and boost integration provoked outrage among the Swedish public. The grandiose project, which enjoyed state support, included the sales of camel milk as a panacea against tuberculosis and autism and aimed at converting Angered, currently a blighted area with has a seamy reputation, into an international tourist attraction.

The idea of a camel center in the middle of Sweden was ridiculed in the Swedish social media, whereas Expressen's columnist Naomi Abramowicz found the idea of inviting immigrants to work with animals racist.

​"Thus, the vision for Gothenburg's troubled suburbs is as follows: camels, goats and horse-drawn lawn mowers. And then a splash of camel milk for better health," Naomi Abramowicz wrote derisively.