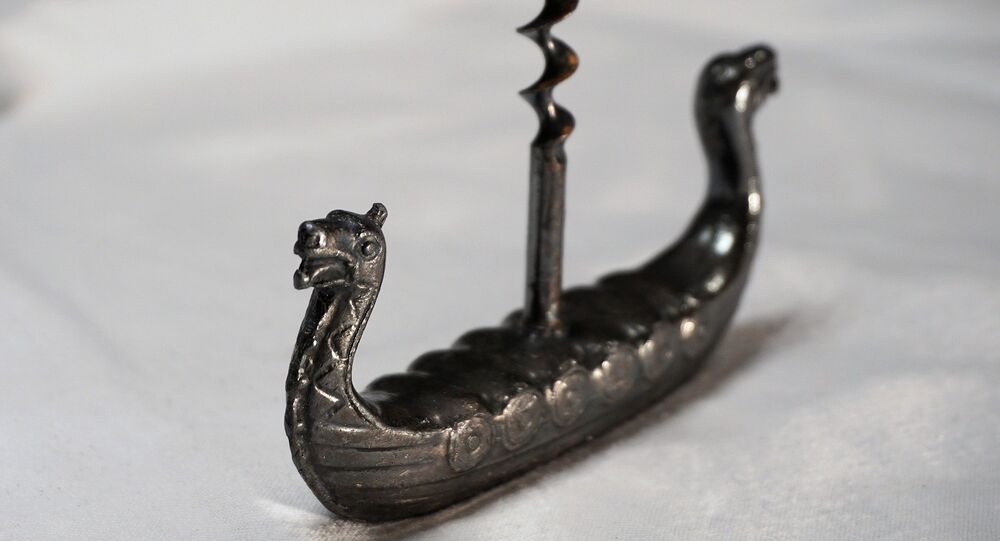 The Vikings enjoy the reputation of having been lavish drinkers. The Nordic pirates mostly enjoyed beer or mead, with wine previously believed to be an expensive imported commodity, reserved for the upper-class only. Recent research, however, indicates that grapes were cultivated locally.

© Sputnik / Igor Zharembo
Eat Like a Viking! Nordic Warrior Diet Craze Scours Scandinavia
Denmark's oldest grapes from the early Iron Age and the Viking Age were grown locally at Tissø in Zealand, which allowed the hearty Vikings to produce their own wine, the Danish science portal Videnskap.dk reported after a carbonized grapevine was excavated and analyzed.

"This is the first finding and the first sign of grapes being grown in Denmark, and all that implies status and power. We don't know how the Vikings really used them — they might have simply been growing them to be able to put a nice grapevine on the table — but it could have also been used for producing wine," archeologist Peter Steen Henriksen of the National Museum said.

It was Henriksen himself who discovered the centuries-old grape stones in a sample of earth at the site of a Viking settlement at Tissø. Isotopic analysis of the pips found that one dated from the Viking era and the other from the Iron Age. No evidence of grapes in Denmark prior to the Middle Ages was previously known.

© Photo : Pixabay
Cats Hitched a Ride on Viking Ships, DNA Study Shows
"Before, we only had suspicions, but now we can see that the Vikings actually had grapes and therefore the resources to produce wine themselves. Suddenly this theoretical possibility became very real," professor Karin Margarita Frei of the National Museum said.

The same isotope tests were previously used to confirm that the Skrydstrup girl and the Egtved girl, which are some of the oldest preserved bodies in Denmark, originated from geographic areas further south in Europe and were in fact "immigrants" by modern standards.

The Tissø settlement was one of the richest Viking settlements in Denmark and was home to a dynasty that stretched from the early Iron Age to the late Viking period. The climate in the region was similar to the present-day climate, making it possible to grow grapes. According to researchers, the production of wine in the area may have been a way of expressing status.

"It was the cream of society. We do not know whether Gorm the Old [the first historically recognized ruler of Denmark] dwelled there, but there was definitely someone with great power," Peter Steen Henriksen said.

© Wikipedia / Anagoria
1,000-Year-Old Viking Ruler Harald Bluetooth on Trial in Denmark
According to Sandie Holst of the National Museum, grapes could be easily used as a demonstration of power, as they were very common at that time.

"Basically, it's about possessing something or doing something that ordinary people cannot. It puts you above them when you are in a position to say 'I can drink wine and you can only drink beer,'" Sandie Holst said.

Even if the locally-grown grapes were grown to be consumed raw, the Vikings were no strangers to wine and were known to have encountered it during their voyages to Normandy, Rome and the Byzantine Empire. Numerous wine cups and remnants of wine were previously found in Scandinavia.
Even if the Nordic pirates were familiar with wine, they typically relied upon fresh water from streams to drink during the day. They were also known to drink buttermilk and weak ale. During times of feast, the Vikings would drink beer or mead made of honey. Their drinks were usually consumed from horns, which were often decorated with elaborate knotwork patterns and rimmed with metal and pictures of mythological beasts.