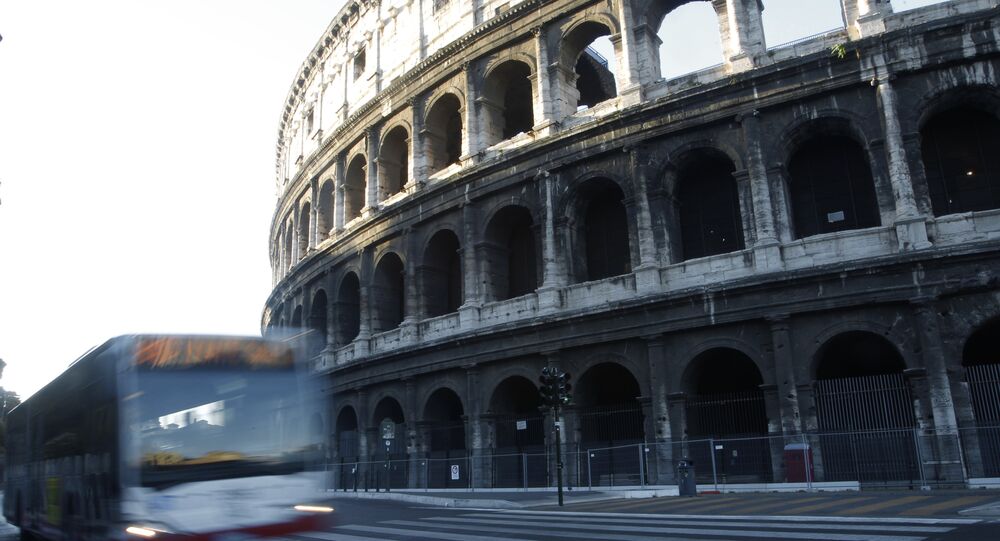 Everybody likes to make their mark, and tourists are no exception. But is it worth desecrating iconic landmarks and earning enduring universal scorn – to say nothing of fines, jail time and possible deportation – to do it?

Another in a sadly long line of tragically foolish persons, a gentleman from the South American country of Ecuador joined the rolls of those who have sought to enshrine their fleeting existence in a place where they are bound to be hit with a wave of negative publicity by carving his family's names into the Roman Colosseum.

The 55-year-old male tourist used a one-euro coin to carve what he says are the names of his wife and daughter into a pillar of the venerable Colosseum, according to Italian news agency ANSA.

Assuming that the names "Rachid 2017" and "Diana" represent who he says they are, we suspect his wife and daughter are either going to be pretty embarrassed or very angry. The hapless man himself was threatened with jail time and banishment from Italy, and fined an undisclosed amount.

The largest amphitheatre ever built, the Colosseum was completed around 80 AD. Holding somewhere between 50,000 and 80,000 spectators at its height in the second century, it is now visited by an estimated 3 to 5 million tourists annually.

'Get Yourself Away!' Queen's Guardsman Loses It Over Pain-in-the-Neck Tourist