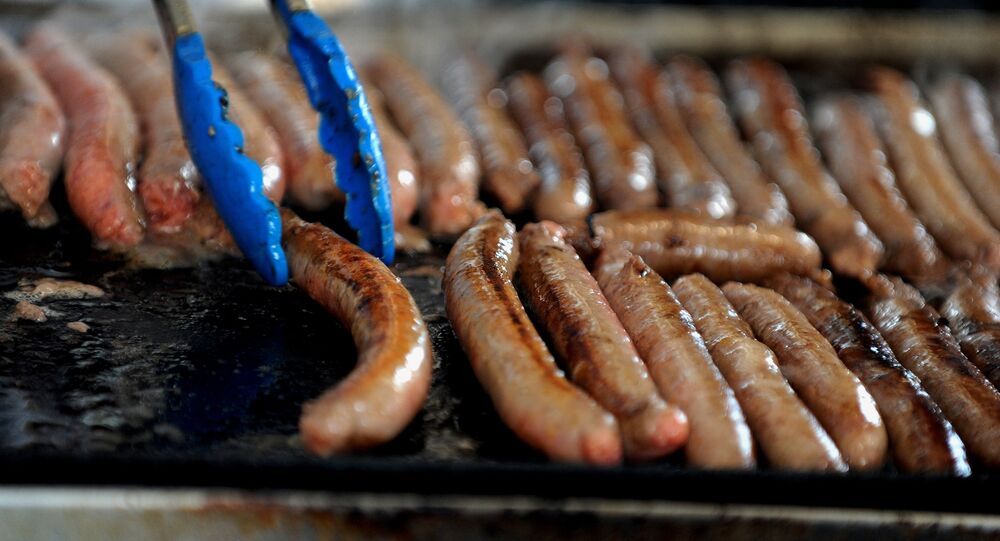 A German robber armed only with a barbecue fork almost succeeded in knocking over a Berlin discounter.

© Photo : Pixabay
Halal Shop in Paris Told to 'Stock Pork and Booze or Close'
Robbing supermarkets is serious business. To do that, you must be well prepared. You must have a strategy; you need a getaway route. You might want to use a weapon.

Yean, a barbecue fork would do just fine.

At least, such were the thoughts of a robber who tried to get cash from a Berlin supermarket, according to a report by DW. The man entered the shop, armed only with a barbecue fork, and attempted to scare the cashier into handing over the cash.

Surprisingly, he was successful, at least at first. The cashier preferred not to take on the role of barbecue sausage and handed over the register's cash. But the robber failed to take the possibility of another employee into account, and that was his downfall. A second worker popped out of nowhere and pushed the shoplifter into a supermarket trolley. According to DW, the force of the shove was enough to make the failed robber to drop all the loot.

After that embarrassing encounter, the wannabe shoplifter fled the scene, according to police.

Interestingly, this is not the first time a barbecue fork has been used as a weapon. In 2013, a man was reportedly stabbed 15 times with such a fork in Australia after a drug deal gone terribly wrong. And in 2015, there were at least two occurrences in the US: a woman stabbed a barbecue guest with such a fork during an argument over the "last rib," and a police officer was worried enough to shoot a man armed with a barbecue knife.

Kim Kardashian Robbery an ‘Inside Job’