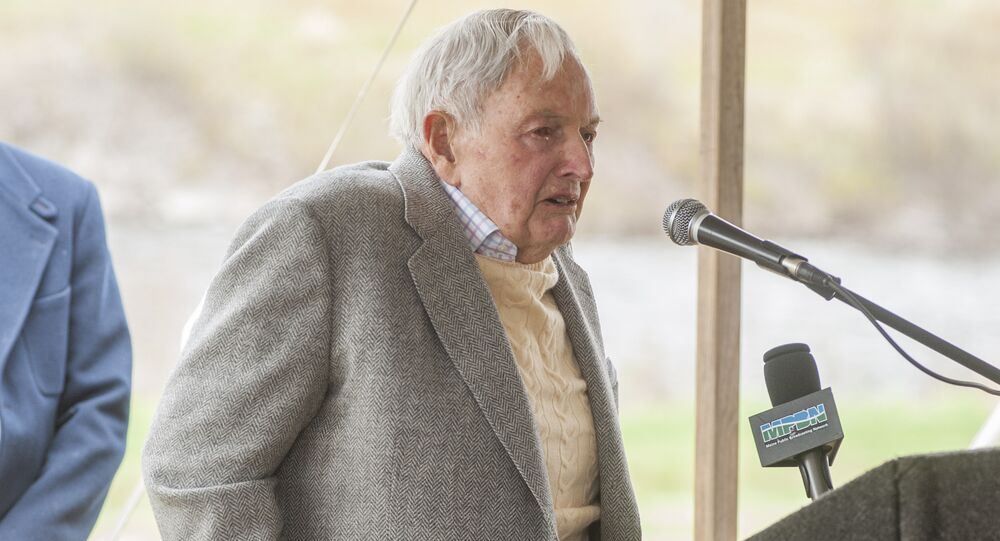 David Rockefeller has died at age 101.

In the statement from the Rockefeller Foundation, David Rockefeller described as the "one of the most influential figures in the history of American philanthropy and finance."

Rockefeller was the last surviving grandson of John D. Rockefeller who founded the Standard Oil Company in the 19th century and built a fortune that made him America’s first billionaire, the statement added.

​David Rockefeller was born in New York City on June 12, 1915. Since 2004, he was family patriarch and the oldest living member of the Rockefeller family.

Rockefeller graduated from Harvard in 1936 and received a doctorate in economics from the University of Chicago in 1940. He served in the Army during World War II, then began climbing the ranks of management at Chase Bank. That bank merged with The Manhattan Company in 1955.

He died of congestive heart failure in his sleep at home in Pocantico Hills. A family spokesman, Fraser P. Seitel, confirmed the death.