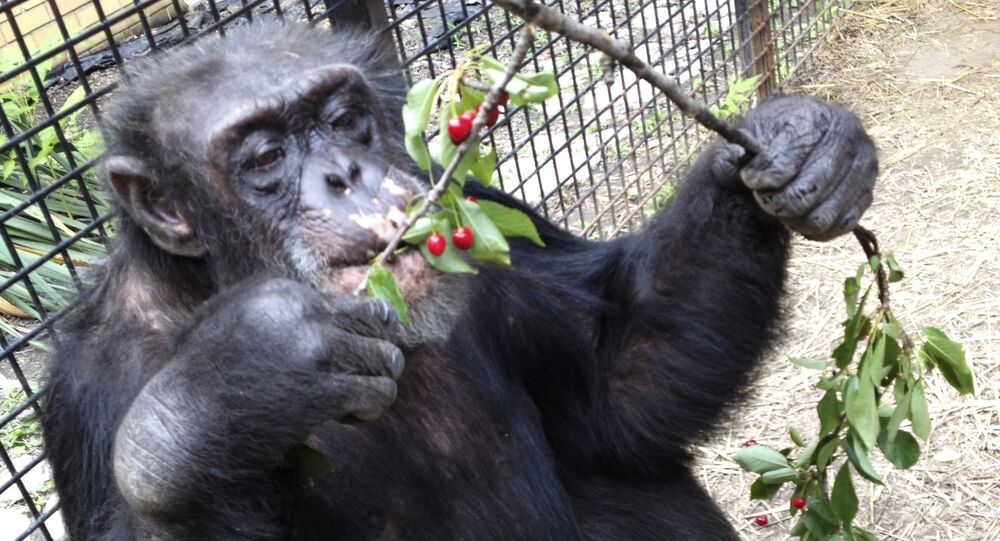 Freedom of the Apes: US Attorney Seeks Legal Rights for Chimpanzees

Appellate Division of the New York County Supreme Court now has to determine whether a pair of captive chimpanzees should be afforded legal rights.

© AP Photo / Manu Fernandez
Animal Rights Activists Douse Themselves in Blood to Oppose Bullfighting
During hearings held on March 16 Steven Wise, attorney and president of the Nonhuman Rights Project, argued that Tommy and Kiko, two chimpanzees currently living in captivity, should be granted writs of habeas corpus like humans and released into a Florida sanctuary, according to a statement posted on the project’s website.

Earlier the court issued a decree that chimpanzees cannot be recognized as legal persons due to their apparent inability to bear duties and responsibilities – something that a legal person must have a capacity of doing.

Wise however argued that this rationale might set a dangerous precedent as the requirement to bear duties and responsibilities in order to be recognized as a person "[would deprive] millions of humans in New York the ability to go into court" under habeas corpus, referring to children, elderly and the disabled.

According to Wise, his goal is not to have Tommy and Kiko granted ‘human rights’, but rather to afford them ‘legal rights’ which would give them protections under the law, including the right of bodily liberty, of which they are currently deprived. Apparently chimpanzees are considered ‘things’ within the existing legal framework, and need to be declared ‘persons’ in order to guarantee their fundamental rights.

"All our arguments are grounded on fundamental ideas of justice. And I think when the judges sit down and look at them, they’ll see the truth in what we’re saying. The reasons that humans have rights are the same as to why nonhumans should have rights. I am eternally optimistic," Wise said.

The court is expected to deliver its verdict in approximately five to eight weeks.