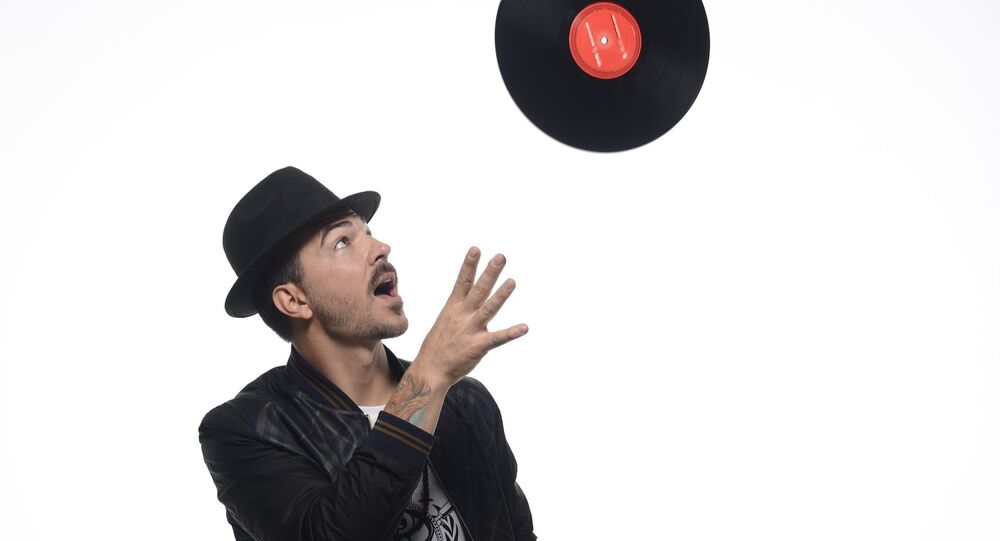 The saying "Ashes to Ashes, Dust to Dust" is usually heard at funerals. When someone dies, their family and friends are well aware that they will never see or hear them again, however now there is a way to immortalize their loved ones,

A UK-based company, And Vinyly, presses the ashes of dead relatives into vinyl, after which they add an audio of their voice or favorite tune onto the record, so that they will be remembered for as long as possible.

If you hold the vinyl to the light, you will be able to see straight through it, as well as tiny speckles resembling dust. In fact, the dust isn't dust at all and are ashes of the person who has passed away.

© Photo : Galleria Umberto Di, Napoli Marino
‘When the album that is life finally reaches the end, wouldn’t it be nice to keep that record spinning for eternity?’

Certainly not something you hear every day, but for Jason Leach, founder of of And Vinyly, it's most definitely powerful.

Mr. Leach is also the co-founder of the record label Subhead. Leach's obsession with sound, which he confesses to finding far more interesting then pictures and visual aids, is one of the key motivators for the business.

On the company's website there is a powerful video that discusses where the idea came from, the process of how the vinyl is made and the compelling story of one man who had his mother's ashes for years, and decided to use some for a record that he could pass onto his children as a reminder of who his mother's legacy. The audio the man used was of his mother telling a story about a trip she went on.

"It's something that your great grandson or great granddaughter can listen to in their room and learn about the person who has passed and the time they lived in.

"Hearing someone's voice on a record, you can see the sound moving the room," Mr. Leach told Sputnik.

So how does the process work? Quite simply, first you have the audio of the person who has passed and which you wish to use. The ashes must then be sprinkled onto the raw piece of vinyl, which is pressed by plates. This means that when the plates exert their pressure on the vinyl, in order to create the grooves, the ashes are pressed into the actual record.

"The whole process of making the record, from first introduction to the end can vary, but it can take between a month to three months to produce. The process does mean that the sound is compromised slightly, but those pops and crackles are the person," Mr. Leach told Sputnik.

For Jason Leach the process of working so close to death, but being in the land of the living has made him appreciate life even more.

"Well, it certainly makes you appreciate being healthy and your friends being healthy and even though we are protected, death is always very close, so you have to make the most of what you got while you got it. My mother worked at a funeral directors for years, she has since moved back to her native country of Switzerland, however I found her occupation slightly creepy. But how my mother dealt with death is to be fearless, she would often tell me to stop complaining about things, because she knew that life and death are intertwined," he said.

© Photo : Galleria Umberto Di, Napoli Marino
'Live on from beyond the groove'

Mr. Leach has been running And Vinyly for sometime now and says the feedback from clients has been brilliant.

"Friends have found it's a good way to remember loved ones. We only use a small amount of ashes for the record. It's a lovely way to hold onto the memory of someone and to feel their presence near you," Mr. Leach told Sputnik.