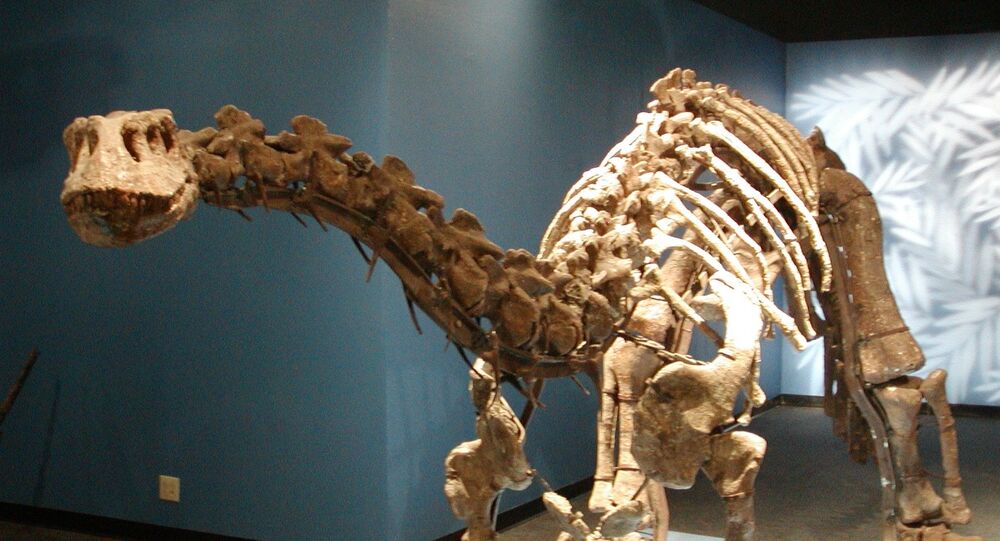 Scientists from Taiwan have reportedly found the remains of a dinosaur in China, which contain remnants of its collagen protein.

© Photo : Jan Sovak/University of Alberta
First Ever Fossilized Dinosaur Brain Discovered in England
This material forms the basis of the connective tissue that is adjacent to the muscle and forms part of the meat of the animals.

It was present in the vascular channels of the rib bones of the large herbivorous reptile that lived 195 million years ago, according to the Nature Communications journal.

The fossils dating back to the early Jurassic period were found in China's Yunnan Province and belonged to a four-legged dinosaur Lufengosaurus, relating to the sauropod group.

After the examination of the fossils it was found that within the vascular channel there were particles from an organic substance.

Since the data obtained by the spectroscopy showed exactly which chemical bonds were present therein, researchers have determined that these were the fragments of the dinosaur’s collagen.

According to the researchers, the remains survived due to the clogging of cavities of the bone by hematite (Fe2O3 iron mineral).