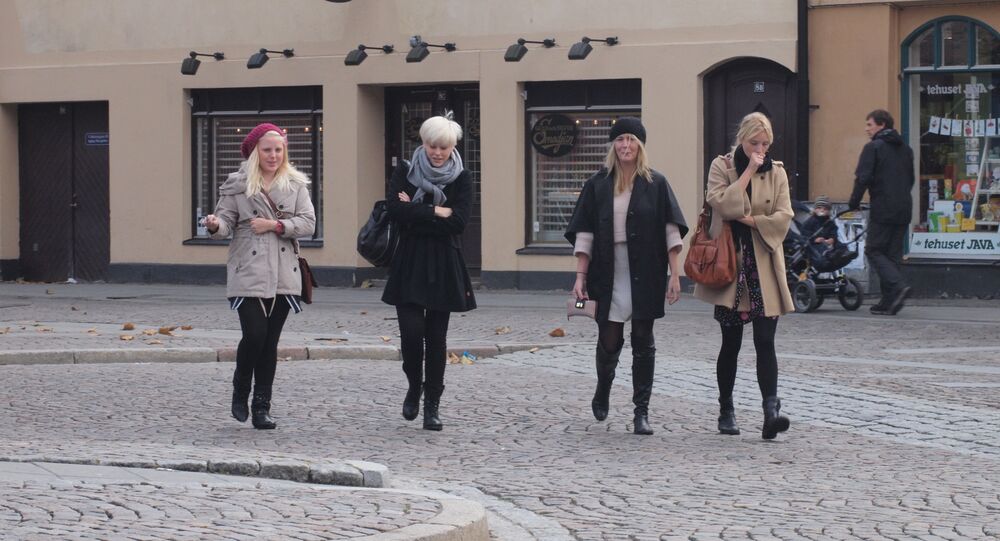 Following its open doors policy amid the migrant crisis, Sweden is becoming more of a multicultural crossroads. A theater pedagogue and actor from the city of Örebro started a special course for unaccompanied teenage refugees to teach them how to make contact and flirt with Swedish girls the Swedish way.

© Flickr / European Parliament
Repression Among Sweden's Newcomers Echo Taliban for Pakistani Immigrant
By his own admission, 32-year-old Mohammad Arvan got inspired by teenagers from Afghanistan who during a lecture about Swedish nouns asked him how to make contact with the opposite sex in Sweden, Swedish national broadcaster SVT reported. During the "pick-up" class, pupils are enlightened about fundamental values and hidden social codes to avoid culture clashes.

"For instance, I explain that girls in Sweden wear short skirts all year round, which is perfectly normal around here. And you should not call them ugly names simply because of that," Mohammad Arvan told SVT.

Another portion of the lectures in flirting includes advice and tips on how to get girls' attention and maintain their interest. Accordingly, "new Swedes" hone their speaking skills and body language.

"It is important to never start nagging. One should not sound too desperate or act too enthusiastic," Mohammad Arvan explained.

© Flickr / Anders Lejczak
Fear of Rape on the Rise Among Swedish Women, Study Finds
The course also includes role-playing, during which the boys get to act as girls in various situations. A typical scenario may feature a conversation in a bar or at a bus stop. In some scenarios, the pupils are being deliberately exposed to discomfort to experience how a girl may feel.

"In the beginning, they were completely useless. They just approached the target and went for the phone number. This won't work of course. Now they have gotten much better," a proud Mohammad Arvan said.

According to him, many of the participants have never gone out with girls before. In many Mid-Eastern countries, boys are punished for hanging out with the opposite sex. Coupled with poor Swedish, this makes meaningful conversation particularly difficult.

© Flickr / Djurens Rätt
Molesting Migrant Killjoys Spoil the Fun at Swedish Summertime Festivals
The course is entirely improvised, based on Arvans' personal experience, knowledge of theater and acting. By his own admission, he does not have a degree in seducing women, nor did he read books on the subject. Nevertheless, Arvan claimed to have been inundated by positive feedback.

"Many girls have called me and said things like 'finally' and that I was doing a good thing. They also said similar courses should be arranged for Swedish guys too, because they apparently also have a lot to learn," Arvan told SVT, disclosing plans to launch similar courses for Swedish guys, giving lectures and eventually even making an educational film.

Last year, Sweden experienced an unprecedented wave of sexual assaults, rapes and harassment, which were at first blamed on unaccompanied underage asylum seekers, but later police retracted its statements for the sake of political correctness. According to Arvan, who naturally heard about disturbances at public baths and concerts, something should be done about this. The pick-up course was therefore hailed across Sweden as a way to bridge the cultural gap between "new Swedes" and locals and avoid unsolicited molestation.

At the moment, six participants aged 15 to 17 have enrolled, and five of them Afghans.