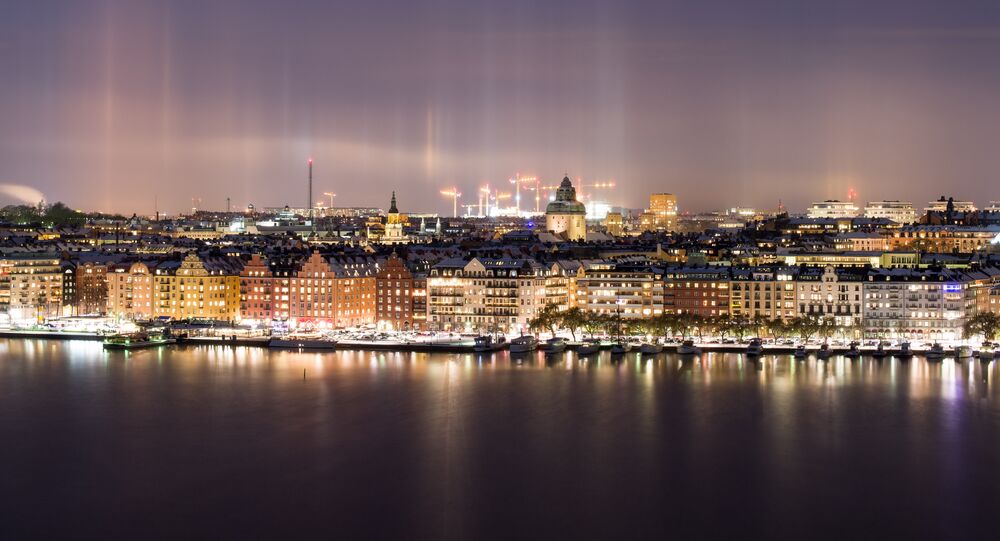 Like many developed nations, Sweden is experiencing a growing urbanization, with its cities swelling and rural areas becoming depopulated. A Swedish celebrity economist recently sparked an outrage in his own country by exaggerating this tendency to the extreme in a searing forecast.

© AFP 2020 / TT NEWS AGENCY / STIG-AKE JONSSON
Swedish Population Swells to Ten Million, With a Little Help From Migrants
According to Kjell A. Nordström's bold vision, which many will inevitably find offensive, Greater Stockholm, which currently boasts a population of 2.3 million, will have surpasssed the five-million-mark by 2050, whereas pastoral rural Sweden will become empty of people, idyllic Värmland County being a typical example thereof.

In his recent speech at the Nordic Business Forum, Kjell A. Nordström predicted an avalanche-like growth in cities like Stockholm and a slow decline for rural areas, which he disparagingly called 'junk space.'

"Värmland and Gotland are typical cases of this junk space. There is no economic activity there, no universities, no entertainment, no shopping. Nothing, just trees," Kjell A. Nordström said, according to Swedish economic magazine Veckans Affärer.

© AFP 2020 / JONATHAN NACKSTRAND
There's No Place Like Home: 'New Swedes' to Move Into Cities of Their Own
According to Nordström, who is indeed a proud Stockholmer, the Swedish capital's annual growth rate of 7-9 percent overshadows that of China, and this trend is predicted to continue.

"China is now growing by six percent, and given the recent lull is closer to five percent. You might think that is rapid enough, yet Stockholm is growing almost twice as fast as China," Kjell A. Nordström said, as quoted by Swedish Radio.

Nordström compared the coming decades of bulging metropolises amid the ongoing digitalization to the dramatic urbanization process that occurred in connection with the industrial revolution of the 19th century, but predicted the process to happen tens of times faster.

GenderBending together with my great friend Per Schlingmann and Swedish retailer Ahlens….. pic.twitter.com/PKGng22kL2

© Photo : Pixabay
No Man's Land: Depopulation of Rural Sweden Beyond Repair
The future of the bucolic Swedish countryside is, according to Nordström, a much more dismal one.

"There you will only find a handful of drunkards, no children and maybe a couple of freaks. This is what remains when all the others are gone," Kjell A. Nordström said.

Needless to say, Nordström's compatriots, Värmlanders and Gotlanders in particular, were unimpressed by the renowned urbanists' take. In an opinion piece in Nya Wermlands-Tidningen, Nordström was even called a "‘junk professor."' Värmland Governor Kenneth Johansson pointed out the hyped economists' "complete lack of contact with reality."

"Here we do have a green economy, tourism, silence and organic food," Kenneth Johansson said, as quoted by Swedish daily Svenska Dagbladet.

© Flickr / Visit Sørlandet
Immigrants to Secure Norway's Population Growth as Rural Areas Become Empty
Neither did Gotland share Nordström's passion for everything that is urban.

"Our unemployment level is the lowest in the country, most companies are started on Gotland, we have the highest level of female entrepreneurship, and construction is booming like never before," Gotland Board Chairman Björn Jansson said, as quoted by Svenska Dagbladet.

Nordström, formerly a professor of economics at the Stockholm School of Economics, shot to international fame through his 2007 book Funky Business, showcasing his analysis of multinational corporations and the future of capitalism.

Sweden is one of the world's most urbanized nations, with about 85% of its 10 million people living in urban areas.

Is it the whole world who is spinning or is it just me? 🐶🌍