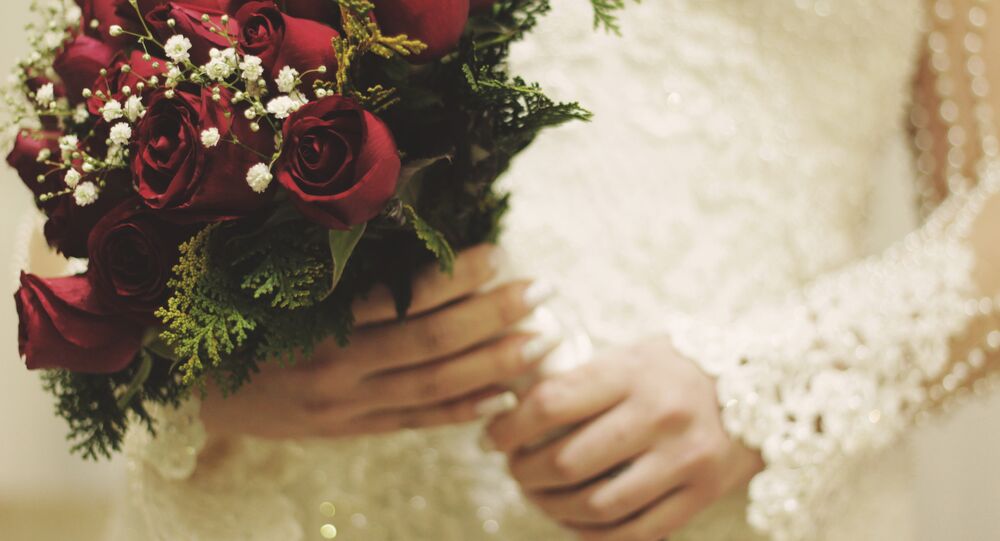 During the Christmas period, the social welfare office in the Swedish town of Mönsterås was relocated on account of death threats to personnel over child marriage, which has become a sensitive subject in Sweden.

© AFP 2020 / TOBIAS SCHWARZ
Catch-22? UN Slams Swedish Hospitality to Refugee Children
The social services office in Mönsterås had to change premises on December 28 after a brawl, which was later revealed to have been caused by death threats that raised safety concerns among the personnel. According to Swedish national broadcaster SVT, the quarrel was caused by a case involving a 14-year-old girl, who was seven months pregnant and married to a 21-year-old man, who also happened to be her cousin. The couple allegedly got married in Syria before they fled the war and came to Sweden.

Upon arrival in Sweden, the couple was put into separate accommodations, yet continued to meet. During her last visit to the social welfare office, the girl was told she would be separated from her in-laws and put into compulsory mental care. She opposed the decision and threatened to jump out of the window. The staff also perceived her husband's and her relatives' behavior as threatening, and he was subsequently arrested by police. The social welfare office was evacuated for security reasons. Security measures have been stepped up significantly in order to safeguard personnel living in the new multicultural work environment.

© AFP 2020 / LOUISA GOULIAMAKI
Forever Young: Sweden Tussles With 'Refugee Children' in Their Thirties
Although the husband was later acquitted of child rape, police and the prosecution continue to assert that the girl's age remains unknown. During interrogation, the pregnant girl stated she was 16, whereas her birth certificate indicated her age as 14.

"It is not possible to validate the girl's age. A birth certificate is not a valid form of ID," Monika Oldin, the head of the police department for domestic crimes told Swedish news outlet Barometern.

According to Astrid Schlytter, an expert on so-called "honor-related violence," the decision to forcibly separate the girl was fully justified. Schlytter argued it did not matter that the couple wanted to be together and that a family friend testified they were happy. According to Schlytter, the girl was in a dependent position on the adults around her.

"The girl should be treated as an unaccompanied minor. She should be taken care of by foster parents and given the opportunity to calm down," Schlytter told Barometern.

© AFP 2020 / STIG-AKE JONSSON / TT NEWS AGENCY
Love Will Tear Us Apart: Sweden to Review Procedures for Married Children
All in all, the Swedish Migration Board has identified 132 married children in 80 municipalities. In most cases, the married children have been placed with their adult "spouses." A significant number of unrecorded cases is suspected. For the country's social services, child marriage caused a terrible headache. When the girl is younger than 15 years and has sex with her adult spouse, this constitutes rape. Forcible removal of underage spouses, on the other hand, deprives the girls of their social networks and environment. At present, there is no uniform policy on child marriages among Swedish municipalities.
...
Reddit
Google+
Blogger
Pinterest
StumbleUpon
Telegram
WhatsApp
916
Topic:
Refugee and Migrant Crisis in Europe (162)