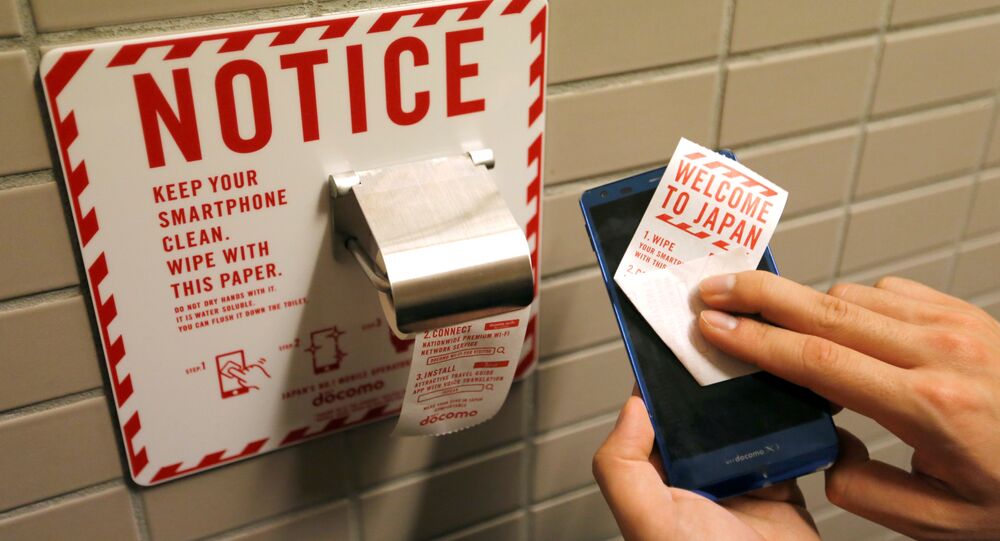 Japan's leading mobile operator Docomo is a caring company. In fact they are so caring, they are even worried about how dirty your smartphone is getting while you are doing your business in the restroom!

According to a survey, conducted by world's largest toilet manufacturer, Japan-based company Toto, the thing that foreigners like about Japanese public lavatories most is their cleanliness.

However, it has also been discovered by American researches that there are more germs on a smartphone screen that on an average water-closet seat.
So, Docomo decided to tackle the main source of nasty bacteria in Japanese toilets – the dirt on your mobile phone!

Every piece of toilet paper for smartphones bears the text “Welcome to Japan,” and is accompanied by instructions in English on how to connect to the Wi-Fi. A notice on the panel to which the roll is attached reads: “Keep your smartphone clean.”

You Thought Cats Were Bad With Toilet Paper