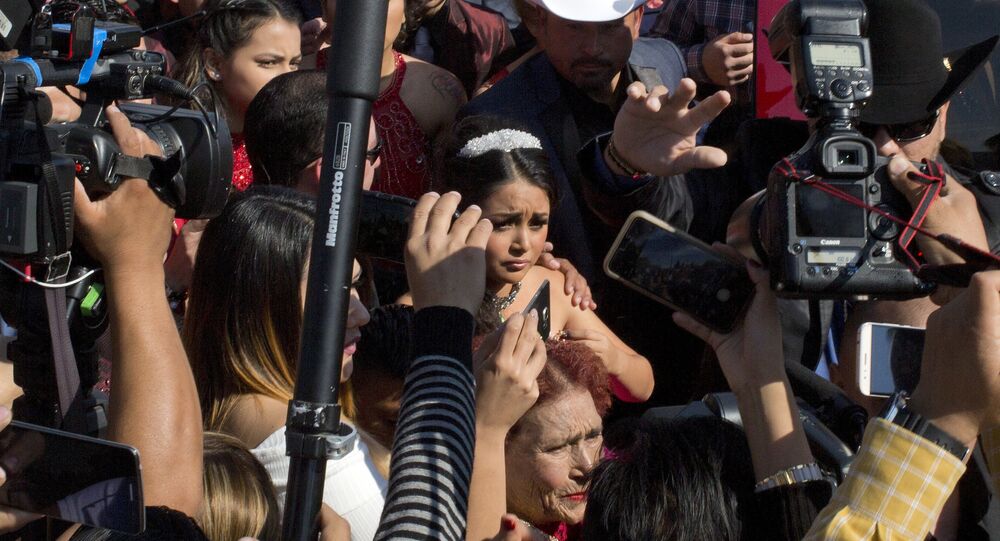 Thousands of strangers flock to the birthday party of 15-years old Mexican girl after the invitation to the event went viral.

Early December the parents of Rubi Ibarra Garcia, a girl living in the Mexican state of San Luis Potosi, posted an online video invitation to her 15th birthday party scheduled to be held on December 26. Little did they know at the time how many visitors the video would attract.

The video quickly went viral, with almost literally half of Mexico becoming aware of the party. As the video’s popularity soared, it quickly became a subject of memes and spawned a number of parodies.

Meanwhile, some popular singers like Larry Hernandez took note of the event and remarked (perhaps jokingly) they wanted to attend the party.

​All this hype also attracted the attention of prominent companies which quickly adapted their marketing strategies to this new development.

For example, Mexican airline Interjet advertised flights to San Luis Potosi with a slogan "Are you going to Rubi’s 15th (birthday party)?"

​And Castrol created an ad enticing the partygoers to use its motor oil to reach Rubi’s birthday event.

​And even though out of over a million people who signed up for the birthday party on Rubi’s Facebook page only a few thousand actually turned up, the girl and her parents were really impressed by this outcome as they initially thought that only their friends and neighbors would react to the invitation.

However, Rubi's family was unfazed by this influx of guests and did their best to accommodate those in attendance.

Dozens of tents and tables loaded with food were prepared, and Rubi personally greeted the arriving guests.

Needless to say, both Rubi's family and the guests will remember this party for years to come.

Record Set As 72,585 Candles Burn on One Birthday Cake

Internet Brings Back All the Best Memes for Biden's Birthday