A Swedish nurse broke a world record when she skied to the South Pole in less than 39 days, ten hours quicker than the last woman to hold the record for the journey.

By her own admission, the Swede is no rookie when it comes to skiing under extreme conditions; she'd trained for her solo expedition in Norway and Greenland.

According to Davidsson, who kept meticulous track of her progress in her blog, she hadn't initially planned on breaking the record. She had packed a heavy sleigh full of food, weighing no less than 120 kg. The master plan was to cover the 1,000-kilometer distance in 50 days, but the journey went faster.

By Davidsson's own admission, the going got tough towards the end, when the weather took a turn for the worse. It became colder, with more snowdrifts, and she started to become exhausted. To make things worse, Johanna's pot broke down, which could have meant the end of her tour. Luckily, she had a spare one in her cargo to boil water and prepare food. 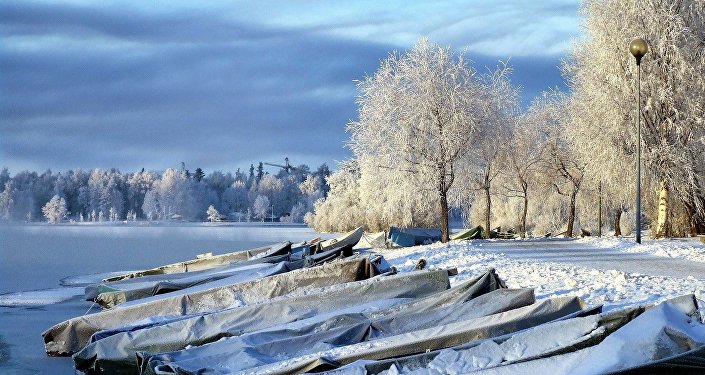 © Photo : Pixabay
Finns to Ride E-Cars and Bikes to Help Gov't Achieve Carbon Neutrality
The average temperature was around —15 Celsius, but it sometimes dipped to —25 Celsius. Another setback for Davidsson was when she lost one of her jackets. She'd placed it on the sleigh and it was blown away by the wind, the Swedish tabloid newspaper Expressen reported. Sara had to chase it down, otherwise the consequences could have been devastating.

After celebrating with a sip of champagne, Davidsson took off for the coast. By her estimates, the return journey will only take two weeks thanks to favorable winds and the help of a kite.

© Photo : Facebook/Jernbaneverket
Choo Choo or Nom Nom? Norway Bakes World's Longest Gingerbread Train
According to her interview with Swedish news outlet The Local, Davidsson is looking forward to seeing her family again and having a proper shower.

Johanna Davidsson is a 33-year-old native of Normlösa in Östergötland County, but lives in Tromsø in northern Norway. Together with one of her elder sisters, she crossed Greenland two years ago, a performance which earned Davidsson the title ‘Adventurer of the Year.' Previously, she also paddled 3,660 kilometers along the Swedish and Finnish coast in 92 days.

The first expedition to reach the geographic South Pole was led by the Norwegian explorer Roald Amundsen in 1911.