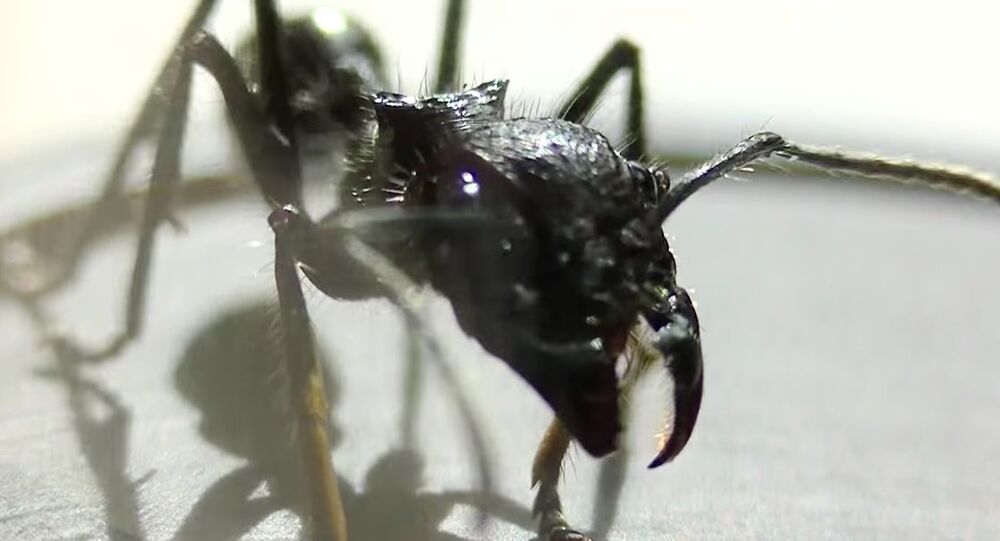 Wildlife expert Coyote Peterson endured nature's most excruciating insect sting for this shocking footage of him that brought him to his knees by a tiny ant.

Coyote Peterson travelled to Costa Rica to find a bullet ant, the insect with most painful sting in the world which is said to feel as if you were shot.

Even this daredevil knew he would not be able to endure the ant’s sting without any training, so first he let other insects bite him to build some immunity. First he was stung by 60 harvester ants.

Then he shoved both of his hands directly into a fire ant nest.

Next up there was a velvet “cow killer” ant.

The last stage of his preparations was being stung by a tarantula hawk that has the world's second most painful insect sting.

After that Peterson went to Central America to find a bullet ant and make it sting him. The sting made the adventurer shout and writhe on the jungle floor. His arm goes bright red after a while.

In the video Peterson explains that he is feeling “radiating waves of pain,” with the sting expected to cause him agony for 24 hours at least.