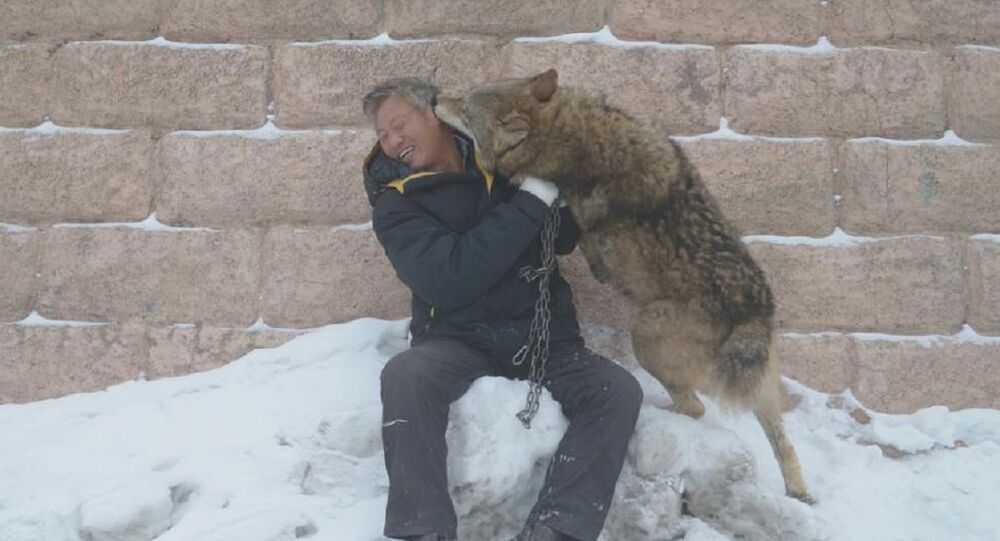 It might not be the best hobby for a family man, but a Chinese businessman raises more than 150 wolves in the wilderness and spends more than one million yuan ($145,000) a year on his hobby.

Yang Changsheng is a 71-year-old businessman who runs a logistics company in Changji prefecture and also has quite an unusual hobby of raising a pack of about 150 domesticated wolves, local media report. This passion  takes him a great deal of incomes he gets from his company.

According to the reports, Yang says his family is unhappy about him spending too much time and money on the animals, but he ignores their complaints because the more time he spends with wolves the greater his love for them grows.

His affection for wolves developed in 1998 when he became upset after seeing a female wolf housed in an iron cage with its paws tightly bound in chains at the home of his friend, South China Morning Post reports.

He was so concerned about the animal he asked his friend to open the cage so that he could loosen the wolf’s chains. Yang was surprised that after the wolf was released from the cage, it immediately couched down at his feet like a pet dog.

His friend later sent him the wolf and several wolf cubs born a few days earlier as a gift, the report said.

© Photo : Twitter/Echinanews
Mr. Yang says over the years he had been bitten by a wolf only once

Yang said he enjoyed closely interacting with his wolves each day and was not concerned for his safety.

Over the years he had been bitten only once by a wolf, he said. On that occasion he was rescued immediately by other wolves, which grouped together to attack the wolf that had bitten him.

Now Yang runs a wolf breeding center in his village where he looks after eight different species of wolf – some imported from abroad and others he has reared himself – and keeps them purely for pleasure and does not sell any of his animals.