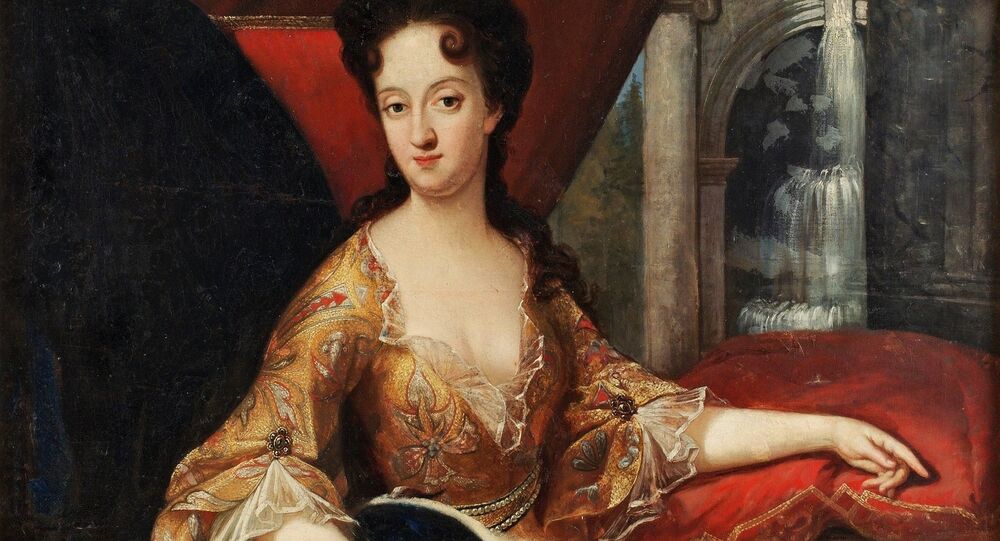 Across the globe, Sweden enjoys a righteous reputation of being a champion of feminism and women's rights. With the incumbent government, which openly self-describes itself as "feminist," gender equality is at times being touted as the foremost goal for Swedish society. Curiously, equality is sometimes understood most literally.

© AFP 2020 / Emmanuel DUNAND
Hate is the New Tolerance: Feminist Pop Idol Wants Elderly Trump-Voters Dead
Previously, Swedish history textbooks came under pressure from feminists for containing too few women. According to a recent survey of six newly published books by Swedish national broadcaster SVT, the feminists' criticism is still well justified, as women only made up about 15 percent of the named individuals. In one of the books, the fair sex only made up 7 percent of the people named.

Unsurprisingly, the "biased" gender perspective on history triggered protests among feminist-leaning Swedes. A group of students at Katedralskolan in Lund, southern Sweden, gathered to protest male dominance of history. According to the protesters, it is important to view history from many different angles, including the perspective of women.

"If you do not talk about women, who of course have always been around, it will be as if we never existed. And it affects the present by allowing men to take even more places in today's society because things have ‘always' been done this way," pupil Sanna Warnemyr told SVT in connection with the protest.

© Photo : Helfem Facebook
'No Whites Allowed' at Finnish Feminist Forum's Safe Zone
Nevertheless, a recent survey revealed a minor improvement, compared with last year's review by Dagens Nyheter, which estimated the percentage of women in Swedish history textbooks at 13 percent, with the percentage paradoxically decreasing in the 1900s, despite the efforts of emancipation, suffragttism and feminism.

"It is not surprising that women are not represented on the same level as men. Like they say, the winner takes it all. The male viewpoint has selected the topics it deemed to be most important," professor and historian Yvonne Hirdman told Swedish Radio, venturing that this reflects a disdain against women.

The traditional Swedish way of battling inequality is to impose quotas to support the oppressed, which was the case of promoting women to company board positions. As regards to assigning quotas for women in textbooks, Dick Harrison, a professor of history at the University of Lund, views it as a "backward" opinion.

​"Those who say that putting more women into history textbooks would distort reality are unfamiliar with historical research findings. There are a lot of female inventors, female heads of state and women of power, who played a prominent role in everything from culture to politics. Yet the public is largely unaware of them for simple reason that they have not been included into textbooks," Dick Harrison said.

According to Harrison, women have been deliberately excluded from textbooks. At present, however, publishers have no longer any excuses left, as their stance has been long criticized by historians. Consequently, it is about restoring the historic truth rather than promoting women, according to Harrison.

© AP Photo / Fabian Bimmer
Sweden Blows Tax Millions on 'Feminist' Trucks and 'Equal' Firefighting
With notions like "anti-bias" and "norm criticism" being an integral part of the Swedish media jargon, millions of tax-payers' kronor are being spent annually on eradicating all forms of bias. A characteristic example of this incessant campaigning that reflects Swedes' yearning for equality at all levels in the 2014 decision by Gothenburg Municipal Cultural Committee to name more streets after women to "reflect a more multicultural Gothenburg," as only 14 percent of Swedish streets were named after women.

Despite all the progress made, Sweden has yet a lot to improve. At present, women occupy only about 30 percent of company board seats, yet comprise just 6 percent of the country's CEOs, which is a far cry from equal.