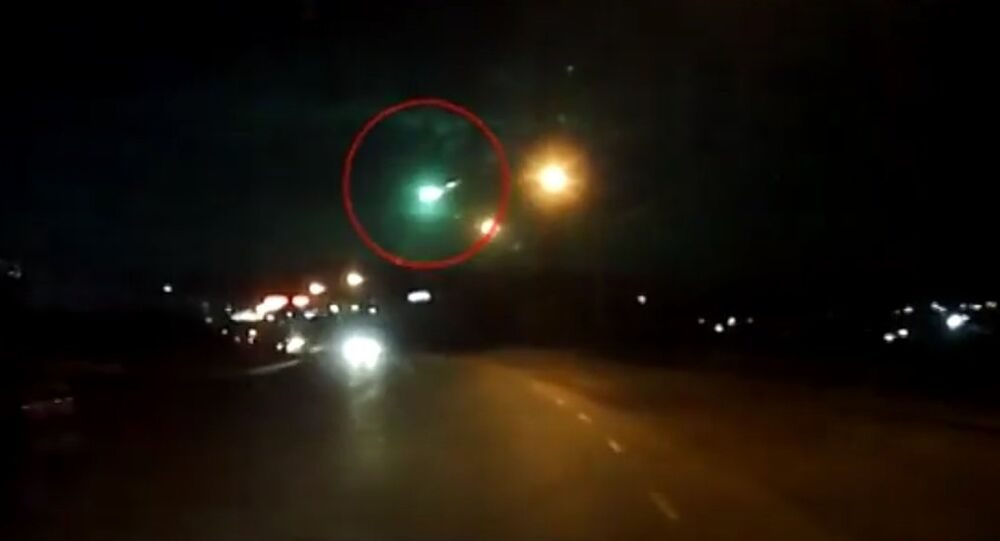 The night of October 25 saw an object falling to Earth in the Russian republic of Buryatia in Siberia; while some think it was just a meteorite, others insist it was an unidentified flying object.

The fall of an apparent celestial body in the Siberian republic of Buryatia quickly grabbed local headlines, with some suggesting that it was a meteorite and others insisting it was an unidentified flying object.

"A huge comet or perhaps a meteorite was silently falling from the sky, shining bright green. It was as bright as during a daytime due to the six-second flash caused by the object," the news website Baikal-info quoted a witness as saying.

Citizens of Irkutsk in Siberia also reported a flash in the sky near the north-eastern shore of Lake Baikal, according to the news website newsru.com.

The Russian newspaper AiF, in turn quoted Irkutsk astronomer Dmitry Semenov as saying that they are currently investigating reports on the October 25 incident.

"In order to understand whether it was a meteorite, we need to study footage of drivers' video recorders. Also a big question is whether it flew from  the Solar System or not," he said.

Already, scientists are noting that judging by the green light emitted during the fall, the object was moving at a high speed.

Last but not least is the suggestion that the mystery object's crash coincided with the launch of a RS-18 intercontinental ballistic missile, according to the news network Arigus-TV, which referred to a relevant statement by the Russian Defense Ministry.