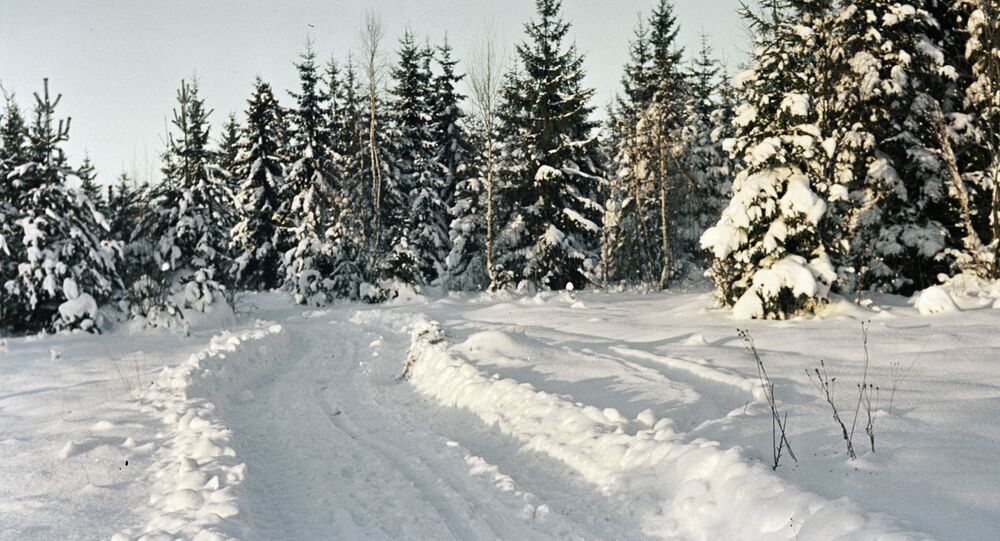 Although we didn’t travel through the remote parts of Eastern Siberia in winter, I decided to share the stories of truck drivers who told us about the extreme dangers of driving on ice roads.

© Sputnik / Vladimir Smirnov
Siberia's Inland Sea: 10 Things You Didn’t Know About Lake Baikal
After taking several days off at Lake Baikal, we headed north toward Ust-Kut, a small port town in the northern part of Irkutsk Oblast. We planned to transport our bicycles and a support vehicle further north by taking a barge from Ust-Kut.

In summer, there are no roads heading further north from Irkutsk Oblast to the Sakha Republic (also known as Yakutia). This means the only way to travel between these two regions in summer is to take a five-day long barge ride. Let this thought sink in for a moment.

All logistical activity in this part of Russia depends on water navigation in summer. When lakes and rivers freeze, one of the most exciting and equally dangerous activities begins – driving on ice roads, known as zimniks.

© Sputnik / Nik Pavlov
Kemerovo Region: Coal, Yeti and Bikinis
It sounds crazy, but zimniks are quite common around here. They provide temporary transportation to remote areas, where there are no permanent roads. Without Zimniks thousands of people in the north would be cut off from civilization and left without food and essentials for months on end.

Since the only way to drive to the southwestern part of Yakutia is by using the network of ice roads in winter, one has to be prepared to face a wide range of dangers driving on remote roads that go through frozen water surfaces.

Dozens of people die every winter and spring when their cars fall into cracks in the ice.

“A few times I heard the damned ice cracking under my truck as I was driving over it. That was so scary,” – a truck driver, Artyom, said while sharing his story in a rundown café on the outskirts of Ust-Kut.

© Sputnik / Alexandr Kryazhev
Phantoms of Altay Mountains: Honor Spirits, Never Disrespect Them
Old truck drivers say that in the past they could make more money driving back and forth along zimniks, as winter seasons were longer. Lately, however, the ice has started melting earlier and they have to end their season prematurely. For the truck drivers, fewer rides mean less money.

Some take risks, of course, trying to drive until the very end of the season. Sometimes they get stuck on the ice or worse, meet a watery grave at the bottom of northern rivers, as it becomes extremely dangerous to travel on a zimnik in spring.

There are other hazards involved in traversing the ice roads of Siberia. The engines of cars, especially old, unreliable vehicles, can die out in the cold air. As the zimnik between the cities of Ust-Kut and Lensk stretches over 600-km without a single community or a gas-station in between, a broken car could very well mean death from hypothermia.

I heard a crazy story about a man whose truck broke down in the middle of the night on a remote ice road. As the driver went outside to try to fix his vehicle, the cabin of the truck fell down, trapping the man’s arm.

As the driver was trying to free his arm, he noticed a pack of wolves circling around him. Forced to choose between life and death, the tough Siberian man decided to amputate his own limb to escape their fearsome jaws.

© Sputnik / Nik Pavlov
A bike on a road

That real-life situation put James Franco’s character in the Hollywood movie 127 Hours to shame. I only wish Liam Neeson, with his particular set of skills, had been around to help the Russian truck driver.

That said, I take off my hat to all the brave men who drive freight trucks during Siberia's harsh winters to some of the most remote communities in the world. In my eyes, these men are real unsung heroes, without whom, life in many remote northern Russian communities would not have been possible.

Irkutsk: The Geographical Center of Russia