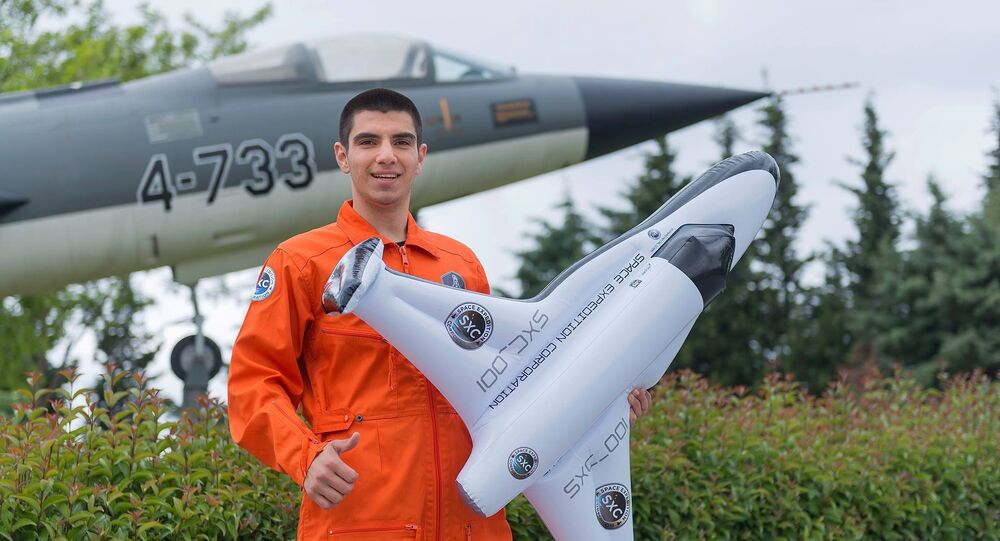 Space Travel? It's Nothing Compared to Istanbul at Night, Says First Turkonaut

A competition-winner who is set to become the first Turkish person in space said that the streets of Istanbul after dark frighten him far more than the prospect of space travel.

Kayici is one of 23 people to win a space ticket, and is currently undergoing training at NASA ahead of the space mission, which is planned for 2017.

Kayici said that he has dreamed of going into space since he was a small boy, and is not frightened about the prospect.

"I am not afraid of flying into space. I think that living in Istanbul is much more dangerous. I feel a lot less comfortable coming home at night on darks streets than I do in the spacecraft cabin during training," Kayici said.

There are several private companies developing space tourism operations, including SpaceX, whose Falcon 9 rocket and Dragon spacecraft are used to send cargo to the International Space Station, and could carry astronauts there in the future.

Other private enterprises are hoping to offer space tourism, including Virgin Galactic, which is developing the WhiteKnightTwo mother ship and SpaceShipTwo, a winged passenger spacecraft.

© Flickr / Jeff Foust
SpaceShipTwo in flight
© REUTERS / Blue Origin
The New Shepard rocket and capsule blasts off in this handout photo provided by Blue Origin, from a launch site in West Texas April 2, 2016.

Blue Origin is developing its reusable New Shepard system, which consists of a pressurized capsule atop a booster.

Earlier this month, China's Academy of Launch Vehicle Technology (CALT) also revealed its design plans for the largest spaceplane yet, which could carry 20 passengers at an altitude of more than 130 km.