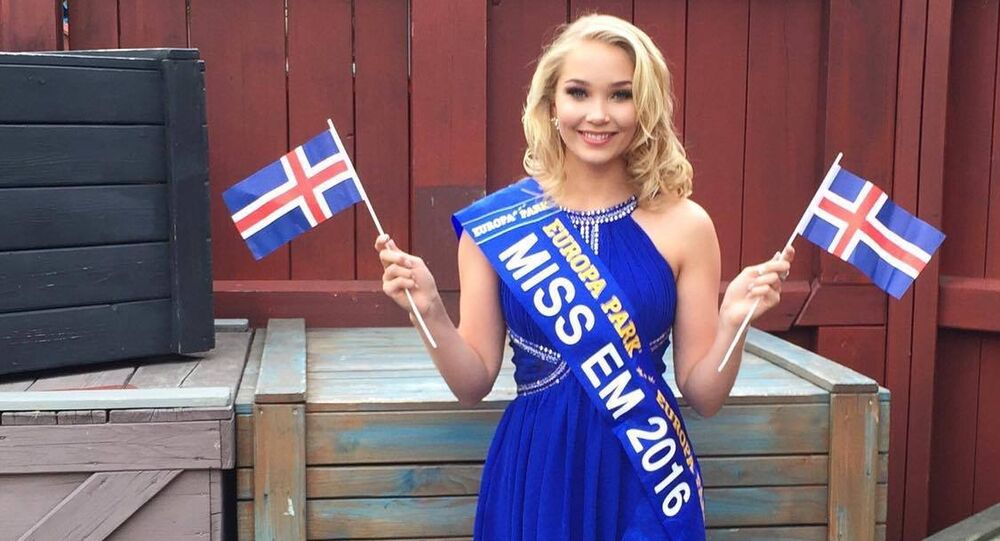 Arna Yr Jonsdottir, an Icelandic woman who was to take part in the Miss Grand International beauty pageant in Las Vegas, has confirmed publicly that she was deemed ‘too fat' and was asked to lose weight in order to take part. The far-from-heavyset Icelander stoutly refused to comply and quit in protest.

What was previously reported as a "misunderstanding" between pageant staff and the owners, turned out to be a bitter row over weight issues. In reality, Jonsdottir was asked to lose weight and instead decided to quit in protest, the Icelandic newspaper Iceland Monitor reported.

"There was no misunderstanding; I was told to say that, and I deeply regret it," Arna Yr wrote on her Facebook page. "I don't intend to let anybody tell me I'm too fat to look good on stage. I quit." She went on to add the following passage to vex the organizers: "If you are going to hold an international beauty pageant you at least have to be able to see the international beauty."

Previously, Arna Yr was advised to stop eating breakfast, eat just salad for lunch and drink water every evening until the contest by representatives of the Thai TV presenter Nawat Itsaragrisil, who is the founder and owner of the Miss Grand International beauty pageant. The bold Kopavogur native refused to comply and told the boss to stick his contest where it belongs.

By Jonsdottir's own admission, she's fine with her weight. The 20 year old was crowned Miss Iceland in September, 2015. She participated in the Icelandic national team as a pole vaulter when she was 15 years old.

A woman who walks in purpose doesn't have to chase people or opportunities. Her light causes people and opportunities to pursue her.

"Yes, my shoulders are a bit broader than the other girls' but that is because I was a member of the Icelandic national athletics team and I am proud of that," Arna Yr told Iceland Monitor.

Subsequently, Arna Yr received a lot of support; one person offered to pay for her flight home, Icelandic newspaper Visir reported. Cosmopolitan Magazine derided the "never heard of" pageant for its "'advice' to lose the non-existent chub" as "idiotic nonsense."

"I'm going home a winner and the proudest Icelander in the world," Arna Yr concluded.