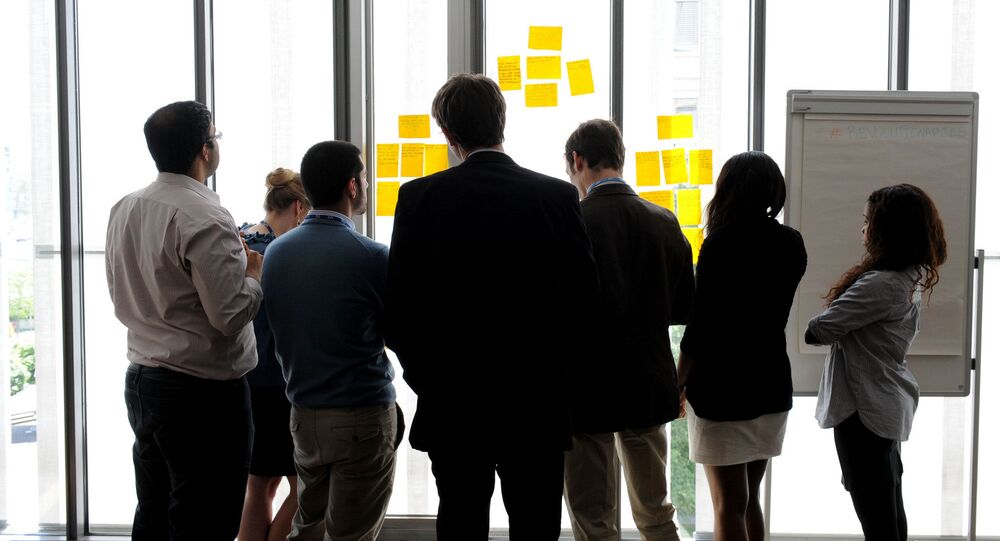 F**k Yes! Millennials Most Likely to Swear at Work

A recent study found that two-thirds of millennials admit to swearing at work, versus just over half of baby boomers ‘fessing up to the habit.

© Flickr
It's All About the F-Word: 'Swearing Makes You Feel Better', Cursing Expert Claims
Conducted by the work management platform Wrike, over 1,500 Americans of various ages were polled on their use of profanity at work. They found that the majority of people (57 percent) swear at work, while 41 percent felt that foul language is too casual and unprofessional.

The number is higher among millennials, with 66 percent admitting to cursing in the office. Only 54 percent of baby boomers said the same.

Nearly half of the millennials surveyed (45 percent) said that profanity in the office “doesn’t matter,” with some stating that it makes getting their point across easier. Others felt that it shows passion for their work and helps to strengthen relationships with their coworkers.

Another factor is the language that the boss uses, with 80 percent of millennials saying that they are more likely to swear if their boss does.

Of those surveyed, 60 percent of women admitted to swearing versus 55 percent of men, though the men who swear at the office do it more often than their female counterparts. Millennial women are also less offended by cursing in the workplace than men are.

Additionally, it was found that 94 percent of those foul-mouthed workers swear more often in face-to-face conversation, than online.

Bill on Cursing in Media Passes 2nd Reading in Parliament