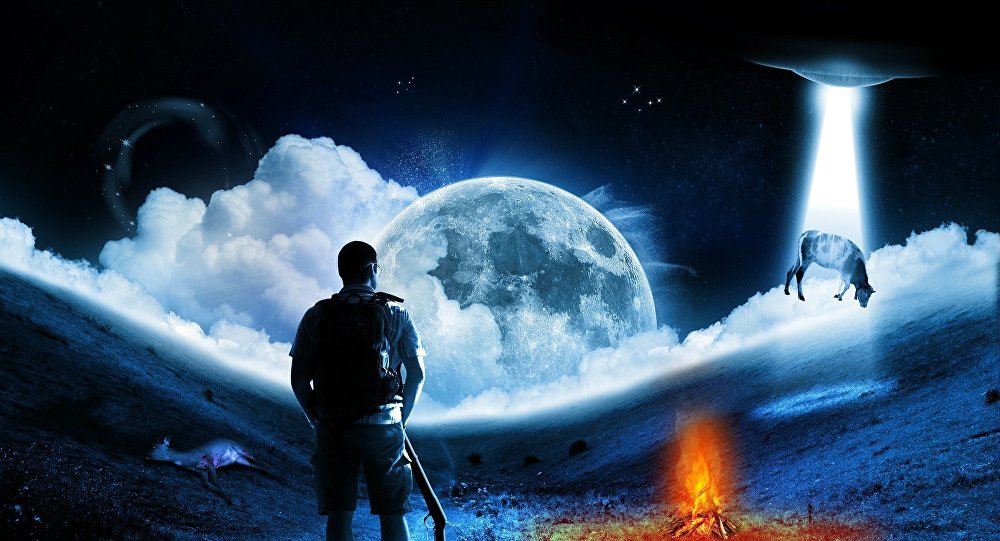 A photo by an American tourist that captures a mysterious UFO in Washington State has fueled speculations among restless alien hunters that not only do extraterrestrials visit the Earth, but they also may have permanent bases on our planet.

​The picture of what is said to be “spacecraft” hovering over Glacier Peak, one of the most isolated mountains in the United States, was submitted to the Mutual UFO Network (MUFON), a nonprofit that specializes in investigating UFO sightings across the US on October 5, 2016.

YouTube/Vladimir Tillman
WATCH: Mysterious Glowing UFO Spotted Over Moscow High-Rise
The author of the photo, who preferred to remain anonymous, said to UFO Sightings Daily blog that the “alien spaceship” was taken on camera at 3:30 in the morning on September 9 when he was hiking in Glacier Peak Wilderness, Washington with his uncle.

None of the two men, who aimed to explore “an old coal mining road” running through the area, however, observed the flying saucer with their own eyes at the time.

The discovery was made later, when the man was looking through a cache of photos taken during the trip. One of the pictures featuring what the witness said is Skyline Ridge, allegedly shows the spacecraft to the right of the mountain top.

Scott C. Waring, a restless UFO enthusiast and blogger that tracks alleged encounters with aliens, took up the report and described the image of the Washington UFO.

According to Waring, the flying saucer “appeared out of thin air” over the mountains and seemed to contain two separate parts “that probably unite when moving.”

In his blog, Waring also came up with an idea that the Glacier Peak’s top may be a gate for a permanent alien base’s hidden deep underground.

“The location [Glacier Peak] would be almost inaccessible to most humans, making it the perfect location to come and go unseen by human eyes," Waring pointed out.

In a view of many UFO seekers, alien bases in volcanic mountains are dispersed across the nation and are used by guests from other worlds after long outer space journeys.

One of them is believed to be settled in Yellowstone Caldera, a super volcano in Yellowstone National Park, Wyoming. In August, the park’s surveillance cameras spotted mysterious objects that Waring said had taken off from beneath the earth surface, hinting at the top secret alien facility concealed underground.

YouTube/Streetcap1
Don’t Stop Believing: Objects Spotted Near ISS May Be UFOs of Another Kind
Another alleged underground facility that conspiracy theorists have long spoken about is located in the Jicarilla Apache Reservation, New Mexico, outside of the town of Dulce.

The Dulce Base base is situated in close proximity with the CIA-run Los Alamos National Laboratory that is used for carrying classified alien programs. Conspirators believe it is a shared human and alien facility that accommodates extraterrestrial communities and runs a number of secret experiments.

Outside the US, UFO hunters spotted an alleged alien base atop of the Kang Tanga Mountain in the Himalayans. They said that the facility has been long covered up by governments that can be proved by the fact that the purported location of the base is blackout in Google Maps.