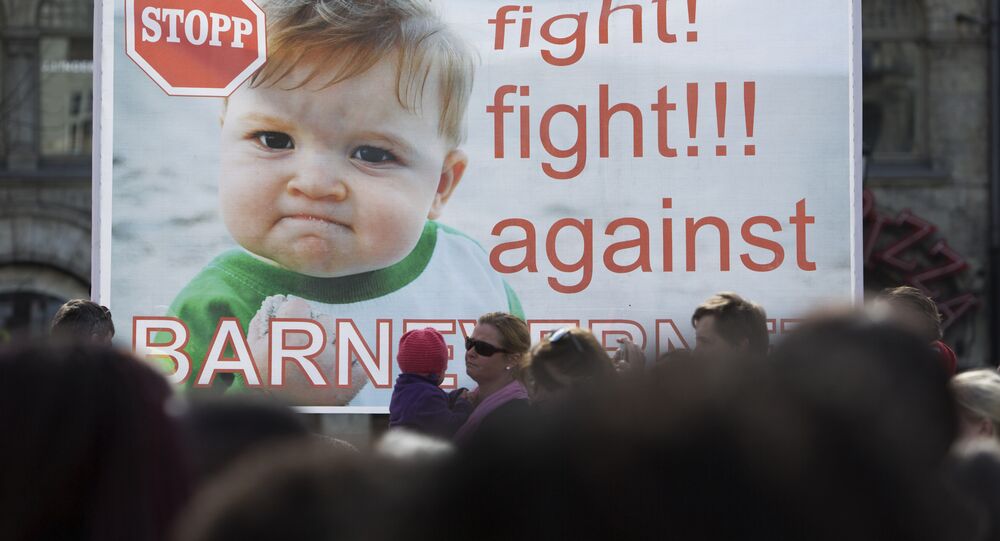 Despite its seemingly peaceful appearance, Norway maintains some of the world's most draconic laws on child care to the dismay of human rights activists. Recently, the Norwegian government added insult to injury by refusing children the right to complain to UN bodies.

© AFP 2020 / WAM
Norway's Controversial Arms Export to Warring Countries Under Scrutiny
The Norwegian government notoriously refused to sign a protocol that allows children to lodge complaints over violations of the UN Convention of the Rights of the Child and three other UN conventions. The controversial decision by the Norwegian government clearly contradicts the advice of numerous Norwegian human rights groups and the demands by a number of parties, Norwegian newspaper Aftenposten reported.

"This is both outrageous and sad. Allowing children to complain to the UN helps to strengthen their legal protection," Kjell Erik Øie at Plan International Norway told Norwegian newspaper Aftenbladet.

Previously, the Liberal Party of Norway has long demanded that Norway should adopt the Optional Protocol to the Convention that allows violated children to lodge complaints, appeals and petitions. The Optional Protocol has been ratified by 29 countries and signed by 50, including Denmark and Finland. Last week, the Norwegian National Human Rights Institution (NIM) also urged the government to do likewise.

© Photo : Familings
Rock-a-Bye, Baby: Self-Rocking Finnish Mattress Gives Parents Earned Rest
Since 2014, when Norway rejected a recommendation from the UN Human Rights Council, the approval of the protocol has already been delayed several times, and has not yet been presented to parliament.

The United Nations Children's Fund UNICEF and Save the Children have all criticized Norway's failure to join the protocol, according to which Norwegian children would get the right to bring their matters before the UN Children's Committee in Geneva, Switzerland.

In recent years, Norway's foster care system, Barnevernet, has triggered bitter international criticism. Barnevernet ("Child Protection") has been accused of violating family rights and "kidnapping" children from their families. Barnevernet also became notorious around the world for its intrusions on family autonomy and unwarranted removals of children, particularly children born to foreign nationals, including Russians. These children were being taken into protective care and subsequently placed into foster families.

​Last year, an instance of Barnevernet's willfulness was criticized by Czech President Milos Zeman, who compared the Norwegian foster care system to Nazi Germany's infamous Aryan breeding program, Lebensborn, which was based on racial hygiene. According to Zeman, the removed children are estranged from their national identity, as they are refused the right to see their parents and speak their native tongue. Subsequently, protests against Norway's handling of children were organized around the globe.

© AFP 2020 / LOUISA GOULIAMAKI
Forever Young: Sweden Tussles With 'Refugee Children' in Their Thirties
​Additionally, Norway has repeatedly come under fire for putting minors in closed detention centers. In 2015, Norway detained 330 children, most of them at Police Immigration Detention Centre at Trandum, north of Oslo. Ironically, in the very same year Norway voted in the Council of Europe to prohibit the detention of children, Aftenposten reported.

By Barnevernet's own admission, Norway's Child Welfare Services are committed to providing help and support to children, adolescents and parents who are experiencing challenges or difficulties within the family. In 2014 alone, 1,665 children were removed from their parents' care in Norway, a nation of 5 million.