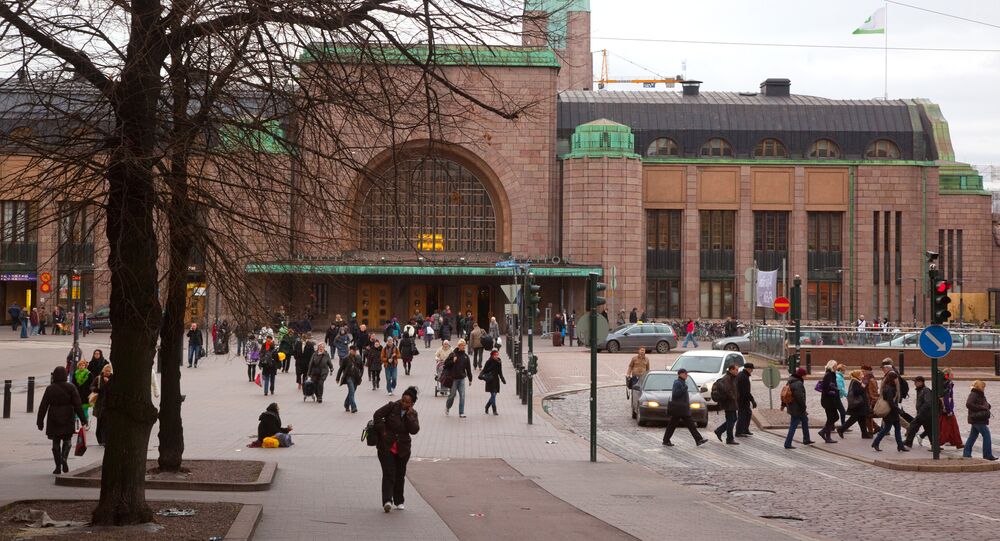 Pretty Vacant: Every Fifth Young Finn is Loafing Around

Up to a fifth of all young people in Finland aged 20-24 are unemployed and are not enrolled in a university or job training program, a recent annual report named Education at a Glace on education situation in the Organization for Economic Co-operation and Development revealed.

© Sputnik / Sergey Mamontov
Helping Robo-Hand: Medical Robots to Aid Elderly Healthcare in Finland
Of Finland's young people, an entire 21.1 percent were classed as NEET (Neither in employment nor in education or training) in the study that covered all the 35 nations belonging to the OECD.

The proportion of idle youngsters has risen sharply in the last ten years, which means that the process started even before the global crisis took a heavy toll on the world economy. In 2005, 12.2 percent of Finland's young men were in the same position. Among the young Finnish women, the proportion of idlers hit 15.4 percent at the end of last year, compared to 13.9 percent a decade earlier, Finnish national broadcaster Yle reported.

Today, Finland has risen to the sixth place on the OECD list for young people who stand both outside the education system and the labor market. At present, Finland belongs to the same group as Greece, Ireland, Italy, Portugal and Spain, where the proportion of NEET young people rose by at least five percent over the last decade. The average figure for NEET youths in OECD member states is 17.0 percent. The proportion of men and women is 18.5 and 15.5 percent respectively.

Only full-time or part-time studies were considered in the study, but not short time courses or alternative courses at non-official institutions. Every paid job lasting at least one hour during the week the measurement was made was taken into consideration.

© AP Photo / Bob Martinson
Dream Job in Finland: Hotel Hires a Person to Watch Northern Lights
Researchers behind the report say that many governments do not implement enough aid measures to help young people at risk of social exclusion. They also warn of the consequences of young people being outside of the community for long periods of time. According to them, the situation may become chronic, whereupon the person in question may become socially passive for good.

In Summer, Finnish newspaper Aamulehti revealed that a third of the country's young people have to wait more than three months despite the guaranteed promises to get a job or training, which were adopted three years ago. According to the government's pledges, all unemployed under 25 years of age and graduates under 30 will be offered jobs or vocational training.

"It is important that people stay active. When the economy starts growing, our workforce must be in form and knowledgeable," Janne Savolainen from Finland's Employment and Economy Ministry told Yle.

Norway Has Second Thoughts About Its Friendly Mountain Present to Finland