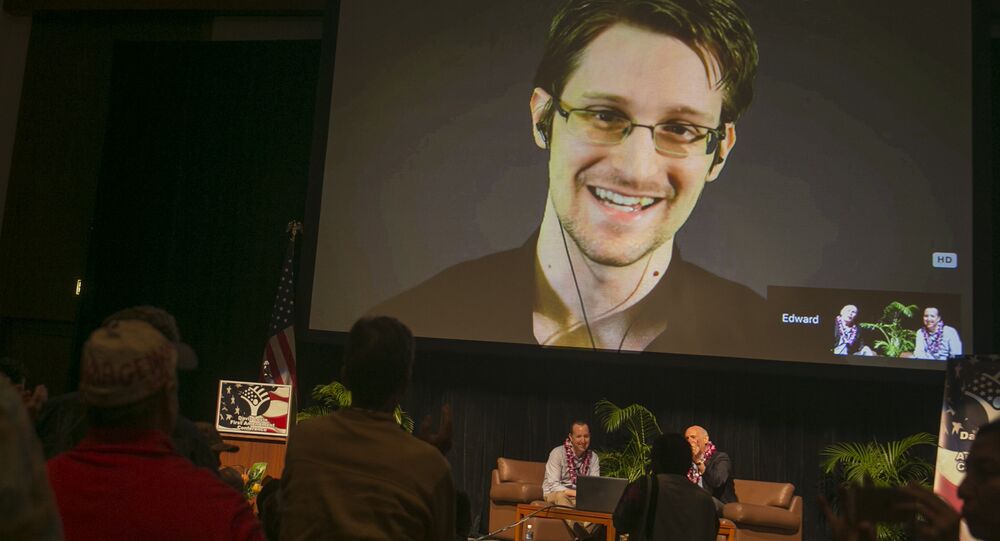 Igor Lopatonok, the executive producer of the upcoming "Snowden" film said that former National Security Agency (NSA) contractor-turned-whistleblower Edward Snowden himself has approved of the film and its story, praising Gordon-Levitt's depiction of the whistleblower and expressing confidence in the film's success with the audience.

"Snowden," directed by renowned filmmaker Oliver Stone, is scheduled to be released in the United States on September 16 after its Russian release a day earlier. The Russian version is 4 minutes longer as some scenes were cut from the US version. Joseph Gordon-Levitt plays the role of Edward Snowden, while Shailene Woodley stars as his girlfriend, Lindsay Mills.

"After this film, people will start to look differently at their email and social network security and to their desire to be seen and known by the world," Lopatonok said in an interview.

© AP Photo / Charles Platiau
Is Edward Snowden in Danger? Spooky Tweet May Trace to Cryptic Bitcoin ‘911’
Snowden himself has approved of the film and its story, he added, praising Gordon-Levitt's depiction of the whistleblower and expressing confidence in the film's success with the audience.

"For us, it is not the box office that matters, but the audience's reaction. Looking at Stone's previous films, they work for a long time, people keep revisiting them. In this case, we have a big Oliver Stone film, made in his style," the executive producer said.

The film will be released by Open Road Films in the United States.

In 2013, Snowden revealed that the personal communications of dozens of world leaders including German Chancellor Angela Merkel had been monitored by US intelligence agencies. The revelations triggered a major public outcry in Germany, with Merkel accusing the United States of breaching the trust of its allies. Snowden has been living in Russia since 2013 after being granted asylum in the country on the basis that he could face spying charges in the United States.