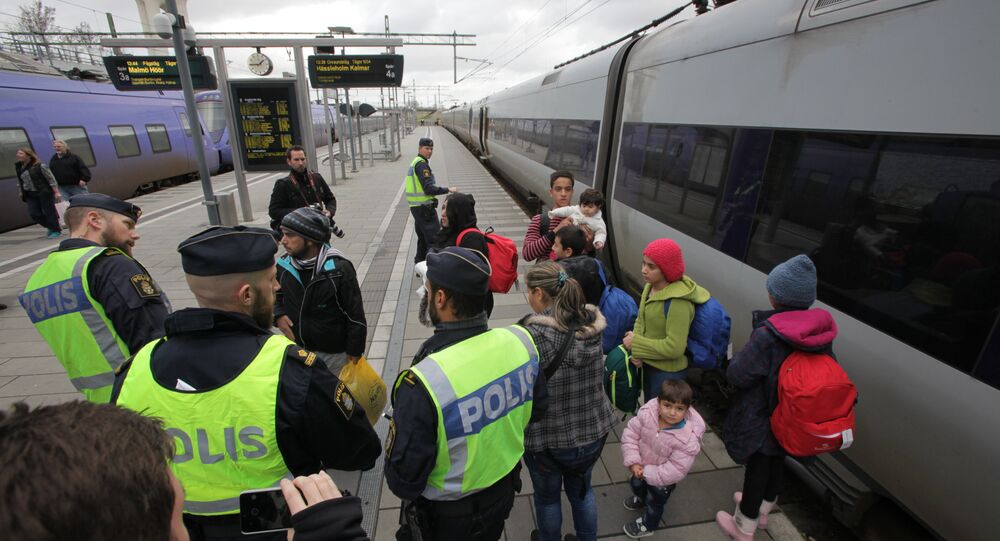 In the wake of last year's migrant crisis, Sweden emerged as the most generous among its Nordic peers after taking in a record 163,000 asylum-seekers. In the aftermath, the country was left struggling to accommodate the newcomers, triggering a shift of opinions among Swedes, who were initially positive towards the open-door policy.

© Flickr / Nick Fisher
Swedish Summer Heats Up as Car Arson Trend Catches Fire
With the migrant crisis putting Sweden's welfare system to the test, more Swedes are leaning towards a more restrictive approach. Today, three out of five Swedes argue that Sweden should accept fewer refugees in the country, showed a survey compiled by pollster Inizio on behalf of the tabloid newspaper Aftonbladet. At the same time, fewer Swedes are reported to be as willing to help refugees with money or clothes. The commitment to help the incoming refugees sank to 30 percent of the Swedish population, as opposed to 54 percent last year.

"In September last year, images of Alan Kurdi [the Syrian boy who drowned off Turkey's coast as his family was struggling to get into Europe] deeply touched people. Many felt that they really wanted to help. Now it has been some time, fewer refugees are coming, and we do not see the situation in the same way. The pressure is not the same," Karin Nelsson from pollster Inizio explained to Aftonbladet.

© Flickr / Yale Rosen
Near Eradicated Disease Strikes Back: TB Outbreak in Swedish Refugee Centers
However, a more drastic change occurred in the Swedes' attitude towards the country's generous immigration policy. In last year's survey, 31 percent responded that Sweden should take in more refugees, whereas almost as many, 34 percent, stated that Stockholm should take in fewer. Today, only 13 percent of Swedes believe it is necessary or wise to should accept more refugees, whereas 60 percent answered that Sweden should actually accommodate fewer.

"We took in many refugees who have not yet been integrated. There is an ongoing debate. Many of the people questioned were wondering how it was even possible to receive even more. Some think that other countries should take more responsibility and that it is better to help the people on the spot," Karin Nelsson said.

Most remarkable, however, is the Swedes' growing disbelief in the government's abilities to handle the migrant crisis. Sixty-five percent of the respondents said they had little confidence in the government's approach. This is a sharp increase since last year's survey, where the majority of Swedes gave the government a sign of approval.

"This is noteworthy. Despite the vigorous efforts the government undertook, confidence is still low. One would think that the measures taken should have strengthened public confidence, but they have not," Nelsson commented. "People see no marked difference in their everyday life. Many of the people surveyed were frustrated that the government's formula did not work," Nelsson added.

© Flickr / Tommie Hansen
Swedish Authorities: We Want Your Home for Newcomers
Right-wing Sweden Democrats sympathizers are those that have the lowest confidence in the government when it comes to the issue of refugees, with nearly 95 percent having fairly little or very little confidence.

The target audience of the Inizio survey was the general public aged 18 and older. The survey included 1,261 interviews performed between August 31 and September 2 and was carried out online.